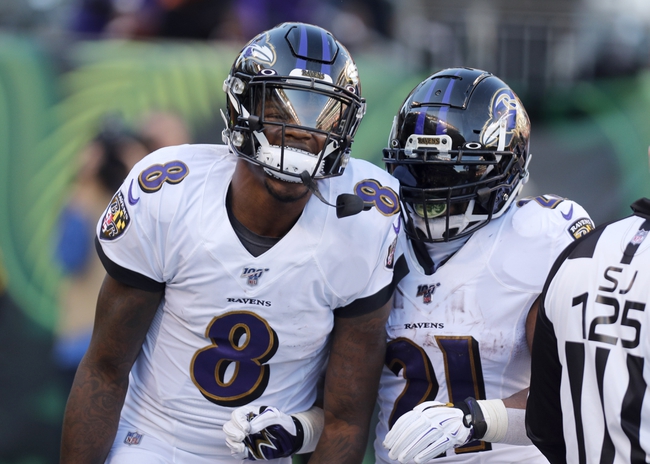 The Houston Texans and the Baltimore Ravens face off on Sunday in NFL action.

The Texans are 6-3 on the year. Houston has fallen to the Saints, Panthers and Colts but otherwise gotten wins over the Jaguars, Chargers, Falcons, Chiefs, Raiders and Jaguars again.

In the latest win over the Jags, Texans QB Deshaun Watson had 201 yards and two scores, while Carlos Hyde led the rush on 160 yards. Duke Johnson put up 68 yards on five receptions there as well.

Over on the Baltimore side, they sit at 7-2 so far. The Ravens’ losses came to the Chiefs and Browns, but they’ve taken out the Dolphins, Cardinals, Steelers, Bengals, Seahawks, Patriots and Bengals otherwise.

In the win over the Bengals, Baltimore QB Lamar Jackson managed 223 yards with three scores, and rushed for 65 yards with a TD. Marquise Brown added 80 yards and a score on four catches.

The Texans have put up wins in four of their last five games, and seem to be finding their stride (the lone loss came in a highly-contested matchup 30-23 at Indy). Houston has also put up at least 23 points in each one of those five games.

As for the Ravens, they’ve become the darlings of the AFC, and their offense is rolling right along in every game. I’m going to stick with red-hot Baltimore in this matchup on the cover.