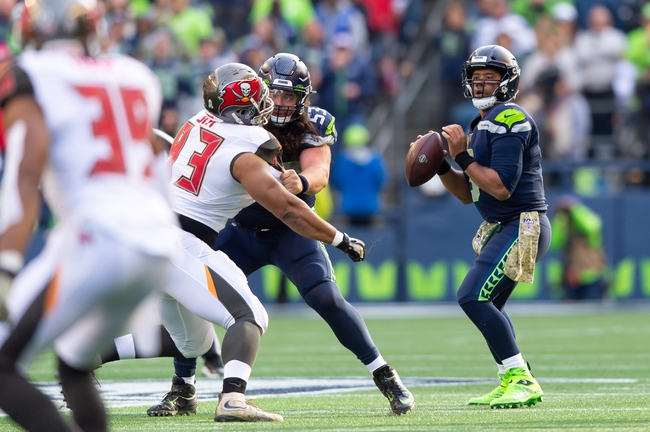 The Seattle Seahawks and the San Francisco 49ers meet in a crucial NFC West division matchup in this week’s installment of Monday Night Football in week 10 NFL action.

The Seattle Seahawks will look to build on back-to-back wins after a 40-34 overtime win over Tampa Bay in their last outing. Russell Wilson has thrown for 2,505 yards, 22 touchdowns and an interception on 68.3% passing while also rushing for 203 yards and 3 touchdowns. Chris Carson leads the Seahawks in rushing with 764 rushing yards and 3 touchdowns while Tyler Lockett leads Seattle in receiving with 767 receiving yards on 59 receptions with 6 touchdowns. DK Metcalf has 29 grabs for 525 yards and 5 touchdowns while Will Dissly has 252 receiving yards and 4 TDs and Jaron Brown has 205 receiving yards as well. Defensively, Bobby Wagner leads the Seahawks with 86 total tackles including a team-high 45 solo tackles while Mychal Kendricks leads Seattle with 3 sacks and Tedric Thompson has a pair of interceptions. As a team, Seattle is averaging 395 yards of total offense and 27.6 points per game while allowing 380.8 yards of total defense and 25.6 points per game against this season.

The San Francisco 49ers will look to remain unbeaten after improving to 8-0 with a 28-25 win over Arizona in their last outing. Jimmy Garoppolo has thrown for 1,806 yards, 13 touchdowns and 7 interceptions on 70.8% passing while Matt Breida leads the 49ers in rushing with 524 rushing yards and Tevin Coleman has 355 rushing yards and 5 touchdowns. Raheem Mostert has also chipped in 307 rushing yards while George Kittle leads the 49ers with 46 catches for 541 yards this season. Defensively, Fred Warner leads the 49ers with 48 total tackles including a team-high 34 solo tackles while Richard Sherman has 3 interceptions. Nick Bosa leads the 49ers defense with 7 sacks while Arik Armstead has 5.5 sacks and DeForest Buckner has 4 sacks this season. As a team, San Francisco is averaging 390.2 yards of total offense and the 3rd-highest scoring offense in the NFL with 29.4 points per game while allowing the fewest total yardage against, giving up 241 yards per game as well as the 2nd-fewest points per game against, allowing just 12.8 points per game this season.

I get San Francisco being favored at home, but I’m not sure how the 49ers will handle this game. Yes, the Niners are undefeated, but outside of that blowout win over Carolina, the 49ers haven’t had a tough schedule up to this point. Seattle has had this game circled for some time now as it’s their chance to make up ground in the NFC West and while Seattle has had a lot of close calls this season, the fact is that the Seahawks keep finding a way to get the job done with a solid defense and a dynamic offense that just got better adding Josh Gordon to the team to stretch the field as long as he behaves. I just think the Seahawks have more experience in these big spotlight kind of games and this is where we will find out of the Niners are going to be legit down the stretch as the road doesn’t get any easier for the most part. I’ll take my free points with Seattle in a game I personally think that the Seahawks win outright. 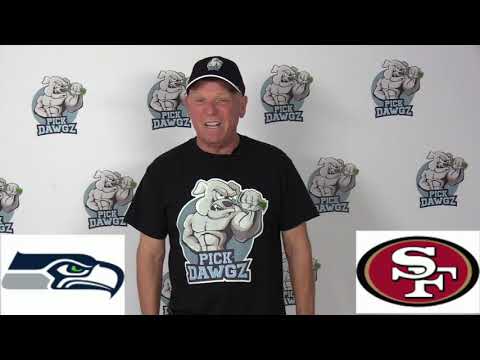