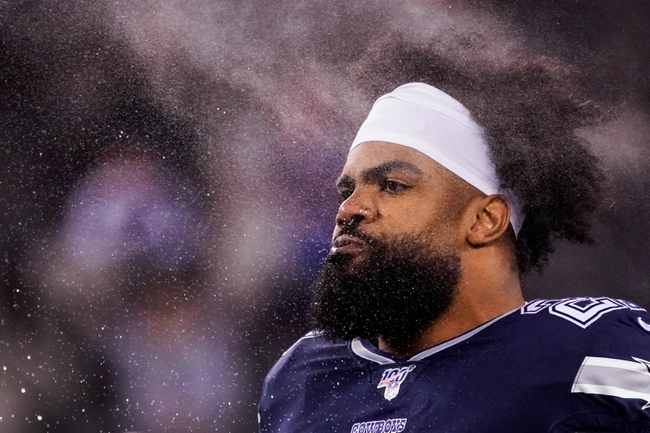 The Dallas Cowboys need a win after splitting their last six games. The Dallas Cowboys have won three of their last four home games. Dak Prescott is completing 69.6 percent of his passes for 2,380 yards, 15 touchdowns and eight interceptions. Prescott has three or more touchdown passes in five of his last 12 games. Amari Cooper and Michael Gallup have combined for 1,155 receiving yards and eight touchdowns while Jason Witten has 34 receptions. The Dallas Cowboys ground game is averaging 149.3 yards per contest, and Ezekiel Elliott leads the way with 741 yards and six touchdowns. Defensively, Dallas is allowing 17.8 points and 318.1 yards per game. Jaylon Smith leads the Dallas Cowboys with 68 tackles, Robert Quinn has 6.5 sacks and Xavier Woods has two interceptions.

The Minnesota Vikings are 0-5 ATS in their last five games as a road underdog. The Dallas Cowboys are 5-2-1 ATS in their last eight games as a home favorite. The Vikings have had all there of their hiccups on the road this season and losing to a backup quarterback last week doesn't provide much confidence heading into this contest. The Cowboys have downright rolled in their last two games and seem to thrive most under the lights at Jerry's World. I'm just not sold on the Vikings outside of their dome, and the Cowboys we've seen the last two games are the version they're capable of being the rest of the way. I'll lay the field goal with Dallas.