The Miami Dolphins look to win back-to-back games for the first time since December. The Miami Dolphins have lost all three road games this season. Ryan Fitzpatrick is completing 61.1 percent of his passes for 1,195 yards, eight touchdowns and seven interceptions. Josh Rosen and Fitzpatrick has have combined for nine touchdowns and 12 interceptions this season. Preston Williams and DeVante Parker have combined for 828 receiving yards and seven touchdowns while Mike Gesicki has 21 receptions. The Miami Dolphins ground game is averaging 63.8 yards per contest, and Mark Walton leads the way with 201 yards on 53 carries. Defensively, Miami is allowing 32 points and 402.4 yards per game. Jerome Baker leads the Miami Dolphins with 55 tackles, Taco Charlton has four sacks and Bobby McCain has one interception.

The Miami Dolphins are 3-6 ATS in their last nine games as a double-digit underdog. The Indianapolis Colts are 5-3 ATS in their last eight games as a double-digit favorite. The Miami Dolphins may have won last week, but they're a team trying to lose and get the top pick, so don't expect this team to get crazy and go out there trying to win again. With that said, the Indianapolis Colts aren't blowing the doors off anybody, and all five of their wins this season have been decided by an average of four points. It seems like every Colts game this season has come down to the wire. Give me the Dolphins and the points, as they improve to 5-0 ATS since their bye week. 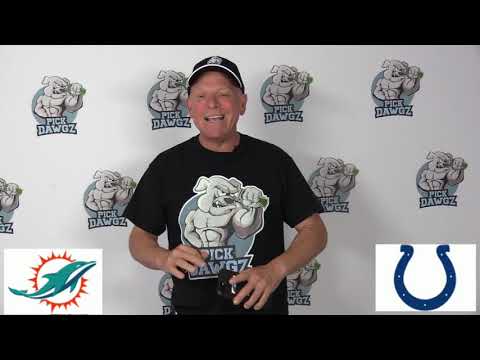