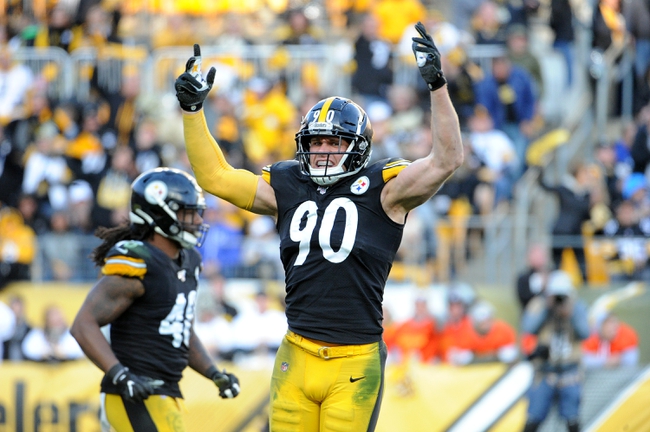 The Los Angeles Rams and the Pittsburgh Steelers meet in week 10 NFL action from Heinz Field on Sunday afternoon.

The Los Angeles Rams come into this one looking to build on back-to-back wins after their bye week, following a 24-10 win at home over Cincinnati last time out. Jared Goff has thrown for 2,367 yards, 11 touchdowns and 7 interceptions on 61.1% passing while Todd Gurley II leads the Rams in rushing with 355 rushing yards and 6 touchdowns. Cooper Kupp leads L.A. with 792 receiving yards on 58 catches with 5 touchdowns while Robert Woods and Brandin Cooks each have 400+ receiving yards this season. Defensively, Cory Littleton leads the Rams with 66 total tackles including 38 solo tackles as well as a pair of interceptions while John Johnson III has a pair of picks as well. Dante Fowler Jr. leads L.A. with 6.5 sacks while Clay Matthews is right behind with 6 sacks and Aaron Donald has 5 sacks this season. As a team, Los Angeles is averaging 384.5 yards of total offense and 26.8 points per game while allowing 338.2 yards of total defense and 21.8 points per game against this season.

The Pittsburgh Steelers will look to build on their current three game winning streak after a 26-24 win over Indianapolis last time out.

The Rams have been solid away from home, going 4-0 ATS on the road this season, but the Rams haven’t played the strongest road schedule this season. Sure, the Rams hung in narrowly losing to Seattle and scrapped out a tough win against Carolina to open the season. However, these are also the same Rams that barely got by a bad Browns team, and in all honesty, who hasn’t beat up on the Falcons this season? Pittsburgh’s getting a lot of bounces going their way right now during this recent hot stretch, and with the division lead still within reach, I think getting the Steelers as a home dog is worth a look in a game I think they can win outright so I’ll take Pittsburgh and the points in this one. 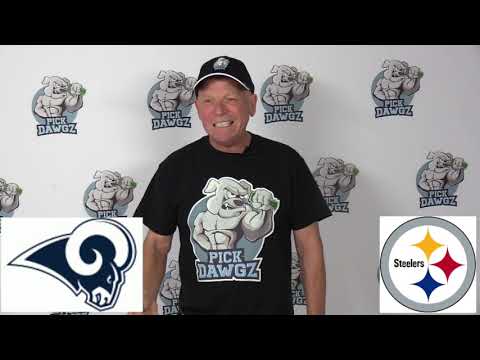