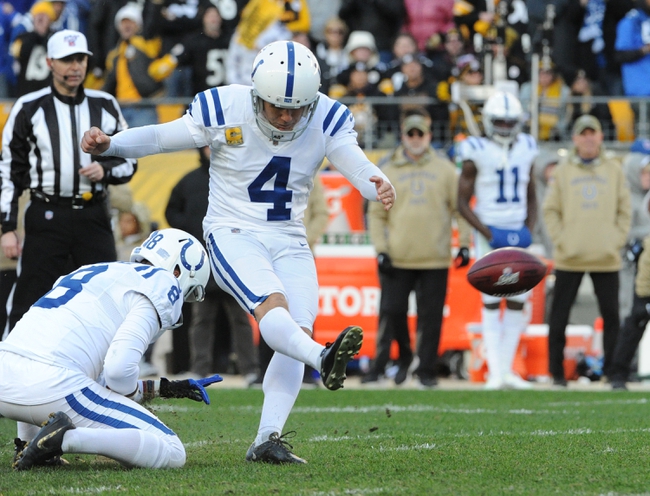 The Miami Dolphins and the Indianapolis Colts will meet up on the NFL circuit Sunday in Week 10 action.

Miami tumbles into this matchup at 1-7. After opening with losses to the Ravens, Patriots, Cowboys, Chargers, Redskins, Bills and Steelers, the Dolphins finally got a W against the Jets last week.

Over on the Colts’ side, they’re 5-3 so far. Indy has wins over the Titans, Falcons, Chiefs, Texans and Broncos but they’ve lost to the Chargers, Raiders and Steelers otherwise.

In the loss to the Steelers, Colts QB Brian Hoyer put up 168 yards with three TDs and one INT, and Marlon Mack led the rush on 89 yards. Zach Pascal was tops in receiving with 76 yards and a TD from five grabs in that one.

The Dolphins came back from an early deficit against the Jets, pouring in 21 points in the second quarter. It was the best they’ve looked in a while, but we’ve got to keep in mind that New York makes just about everybody look good these days.

In any case, Indianapolis is playing tight in every one of their games. None has been decided by more than one score this season. The line expects that trend to shake in this game, but I think the Dolphins’ win will give them some confidence coming in here. At more than a TD, I like Miami here.