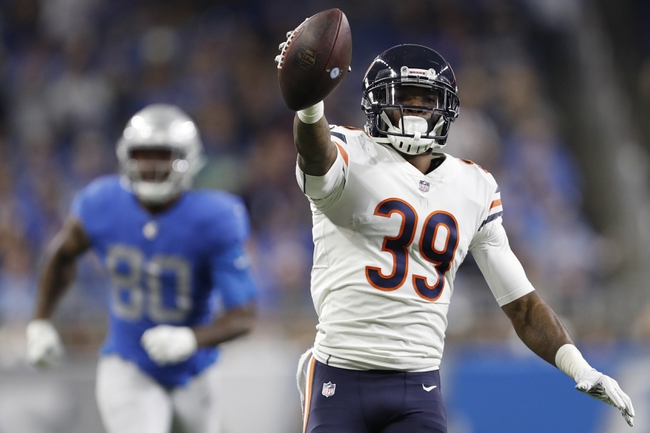 The Detroit Lions need a win after losing four of their last five games. The Detroit Lions have lost their last two road games. Matthew Stafford is completing 64.3 percent of his passes for 2,499 yards, 19 touchdowns and five interceptions. Stafford has two or more touchdown passes in eight of his last 16 games. Kenny Golladay and Marvin Jones Jr. have combined for 1,175 receiving yards and 11 touchdowns while Danny Amendola has 31 receptions. The Detroit Lions ground game is averaging 96 yards per contest, and Kerryon Johnson leads the way with 308 yards and two touchdowns. Defensively, Detroit is allowing 27.1 points and 424.1 yards per game. Tracy Walker leads the Detroit Lions with 56 tackles, Trey Flowers has four sacks and Darius Slay has one interception.

The Detroit Lions are 6-3 ATS in their last nine games as a road underdog. The Chicago Bears are 1-4 ATS in their last five games as a home favorite. The Lions defense is heading in the wrong direction and it's to the point where Stafford and his impressive numbers isn't enough to save them. The Chicago Bears have a major offensive issue with Trubisky not doing much at the quarterback position, and it puts that defense in constant bad spots. I don't want to back the Bears in the favorite role as much as the next guy, but they're at home and that Lions defense isn't good. If the Bears can't have offensive success and win this game, we may see some rolling heads.