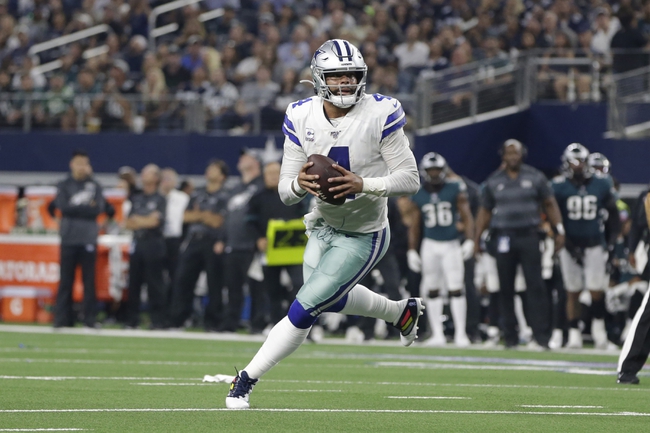 The Minnesota Vikings and the Dallas Cowboys meet in week 10’s edition of Sunday Night Football from AT&T Stadium.

The Minnesota Vikings will look to bounce back after a 26-23 loss to Kansas City in their last outing. Kirk Cousins has thrown for 2,217 yards, 16 touchdowns and 3 picks on 68.8% passing while Dalvin Cook leads the Vikings in rushing with 894 rushing yards and 9 touchdowns and Alexander Mattison also has 337 rushing yards this season. Stefon Diggs leads Minnesota’s receiving group with 38 catches for 710 yards and 4 touchdowns while Adam Thielen has 391 receiving yard and a team-high 6 touchdowns and the previously mentioned Cook has 33 catches out of the backfield for 338 yards. Defensively, Eric Kendricks leads Minnesota with 73 total tackles including a team-high 51 solo tackles while Danielle Hunter has 8.5 sacks and Everson Griffen has 5.5 sacks and Anthony Harris has a team-high 3 interceptions this season. As a team, Minnesota is averaging 386.7 yards of total offense and 26 points per game while allowing 320.9 yards of total defense and 17.6 points per game against this season.

The Dallas Cowboys will look to build on back-to-back wins after a 37-19 win over the Giants in their last outing. Heading into Monday’s action, Dak Prescott had thrown for 2,123 yards, 12 touchdowns and 7 interceptions on 70.6% passing while Ezekiel Elliott has 602 rushing yards and 6 touchdowns. Amari Cooper leads Dallas in receiving with 38 catches for 621 yards and 5 touchdowns while Michael Gallup has 421 receiving yards. Defensively, Jaylon Smith leads Dallas with 56 total tackles including a team-high 37 solo tackles while Leighton Vander Esch has 54 total tackles and Robert Quinn has a team-high 6 sacks this season. As a team, Dallas is averaging 436.8 yards of total offense and 28.4 points per game while allowing 318.1 yards of total defense and 17.8 points per game against this season.

Minnesota and points could be worth a look, but this is still a Vikings team that’s not as good on the road as they are at home and just lost to a Chiefs team fielding a backup QB. Dallas has had their ups and downs, but the Cowboys are healthy and have beaten up on teams at home for the most part this season and I am not sure back-to-back road games at this point in the season is what the VIkings need. I just think Dallas needs this game more right now, so I’ll lay the field goal with the Cowboys at home in this one. 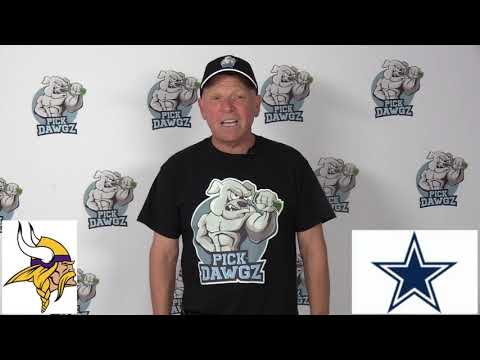