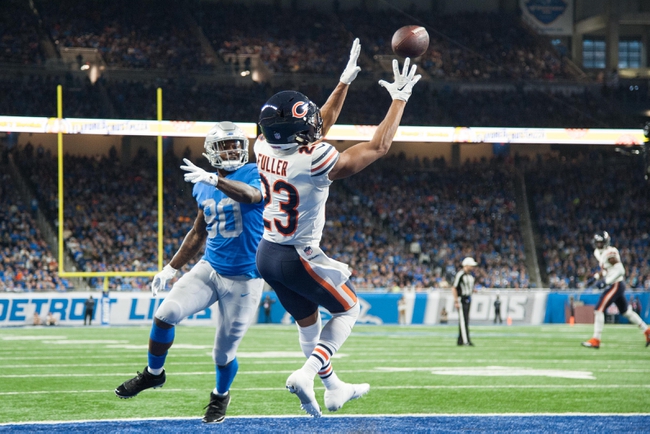 The Detroit Lions and the Chicago Bears meet in a week 10 NFC North matchup in NFC action from Soldier Field on Sunday.

The Detroit Lions will look to rebound after losing 4 of their last 5 games with a 31-24 loss on the road last time out. Matthew Stafford has thrown for 2,499 yards, 19 touchdowns and 5 interceptions on 64.3% passing while Kerryon Johnson leads the Lions in rushing with 308 rushing yards and a pair of touchdowns. Kenny Golladay leads Detroit in receiving with 640 receiving yards and 7 touchdowns while Marvin Jones Je.rnas a team-high 42 catches for 535 yards and 6 TDs. Defensively, Tracy Walker leads Detroit with 56 total tackles, including a team-high 49 solo tackles while Trey Flowers leads Detroit with 4 sacks. As a team, Detroit is averaging 391.2 yards of total offense and 25.5 points per game while allowing 424.1 yards of total defense and 27.1 points per game against this season.

The Chicago Bears will be out to snap a four game losing streak after a 22-14 road loss to Philadelphia in their last outing. Mitch Trubisky has thrown for 1,217 yards, 5 touchdowns and 3 interceptions on 63% passing while David Montgomery leads the Bears with 406 rushing yards and 5 touchdowns. Allen Robinson II leads Chicago in receiving with 532 receiving yards, 47 catches and 3 touchdowns while Taylor Gabreil has 238 receiving yards and 3 touchdowns. Defensively, Danny Trevathan leads Chicago with 67 ttal tackles including a team-high 48 solo tackles. Khalil Mack leads Chicago with 5.5 sacks while Kyle Fuller has a team-high 3 interceptions this season. As a team, Chicago is averaging 266.8 yards of total offense and 17.8 points per game while allowing 323.6 yards of total defense and 18 points per game against this season.

Chicago and a low line is tempting given that the Bears are so good on defense, but the issue is that Mitch Trubisky is still under center for Chicago. Detroit’s had issues, but Stafford is the much more confident QB and it the guy I’d rather have slinging the ball for me if it came down to it. I just think we’re getting points with the team in better form right now, so I’ll take the Lions in a game I see Detroit winning outright to add to Chicago’s misery. 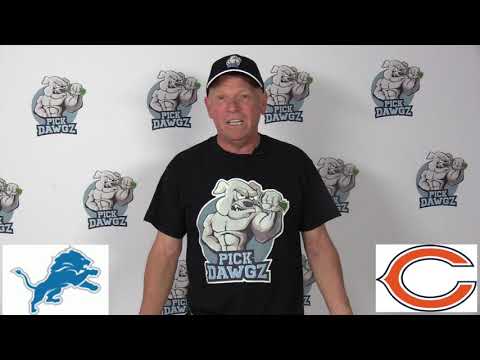