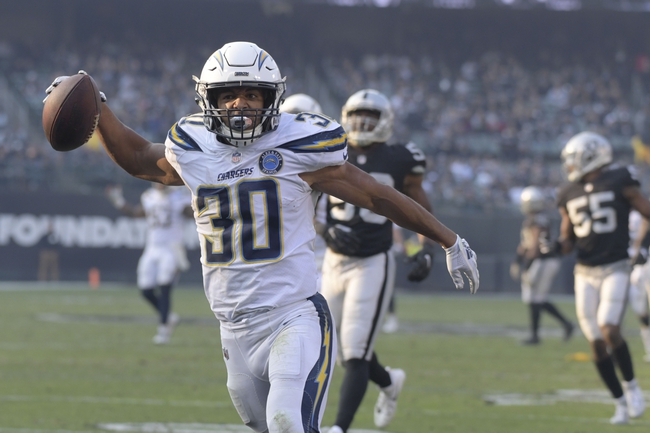 The Oakland Raiders look for a big home win to get a game above a .500 record. The Oakland Raiders have won two of their last three home games. Derek Carr is completing 71.2 percent of his passes for 1,984 yards, 13 touchdowns and four interceptions. Carr has one or less touchdown passes in seven of his last 14 games. Darren Waller and Tyrell Williams have combined for 903 receiving yards and eight touchdowns while Hunter Renfrow has 24 receptions. The Oakland Raiders ground game is averaging 136.4 yards per contest, and Josh Jacobs leads the way with 740 yards and six touchdowns. Defensively, Oakland is allowing 27 points and 390 yards per game. Tahir Whitehead leads the Oakland Raiders with 57 tackles, Benson Mayowa has 5.5 sacks and Erik Harris has one interception.

The Los Angeles Chargers are 7-2 ATS in their last nine games as a road favorite. The Oakland Raiders are 5-1 ATS in their last six games as a home underdog. The Chargers surprised last week with a win over the Packers, and they seem to look a lot more like the team we expected to see from the start. The problem is I'm not sure two straight wins erases all of the struggles. The Raiders have been solid in their few home games this season and have an offense that's been pretty consistent with a balanced ground game. The Chargers have won four straight against the Raiders, but this feels to be a different Oakland team that seems to be coming together as the season plays out. Underdogs have also dominated on Thursday night. I'll take the Raiders at home and the free point.