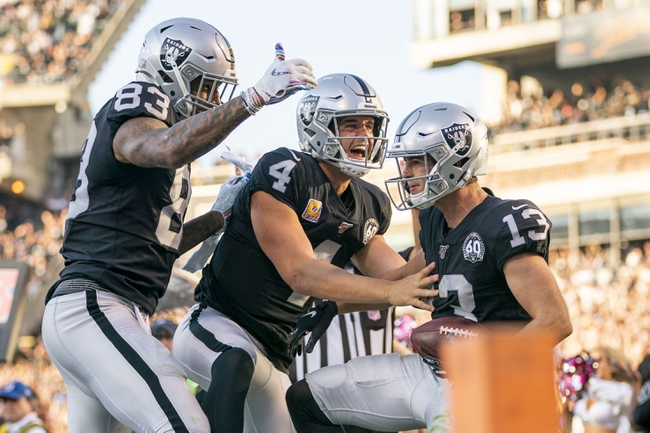 The Los Angeles Chargers and the Oakland Raiders will meet up on the NFL circuit Thursday.

The Chargers are 4-5 so far. Los Angeles has losses to the Lions, Texans, Broncos, Steelers and Titans but also has wins over the Colts, Dolphins, Bears and Packers.

In the win the Packers, Chargers QB Philip Rivers put up 294 yards passing, and Melvin Gordon managed 80 yards with two TDs on the ground. Mike Williams led the receivers on 111 yards from three catches.

Over on the Raiders’ side, they’re 4-4 this season. Oakland has losses to the Chiefs, Vikings, Packers and Texans but otherwise has beaten the Broncos, Colts, Bears and Lions.

LA came out and made a statement against a great Packers team, storming to a 26-11 win and stifling a good offense. The Chargers don’t have any losses by more than one score this season, so realistically they’re competitive despite the losing record.

As for the Raiders, they’ve been able to put together some gritty performances, but they’ve also hit the wall and been completely ineffective in several games. With a short road trip and a short week, I like the Chargers to manage a cover here.