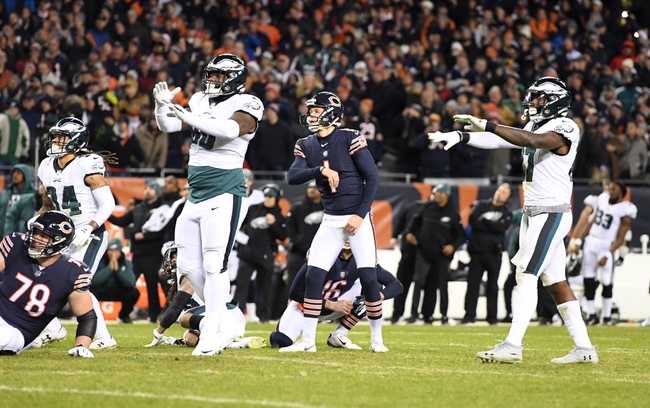 The Chicago Bears have covered six of their last eight games as a road underdog. The Philadelphia Eagles are 2-8-1 ATS in their last 11 games as a home favorite. The Bears will have revenge on their minds after losing a playoff game last year to these Eagles in heartbreaking fashion, but they're not playing well and have scored 21 or less points in five of their seven games. The Philadelphia Eagles are coming off one of their better performances of the season and should be thrilled to come back home after three straight road games. This will be the Eagles first home game in nearly a month. It's hard to get behind the Bears in their current form. I'll take the Eagles by a touchdown.