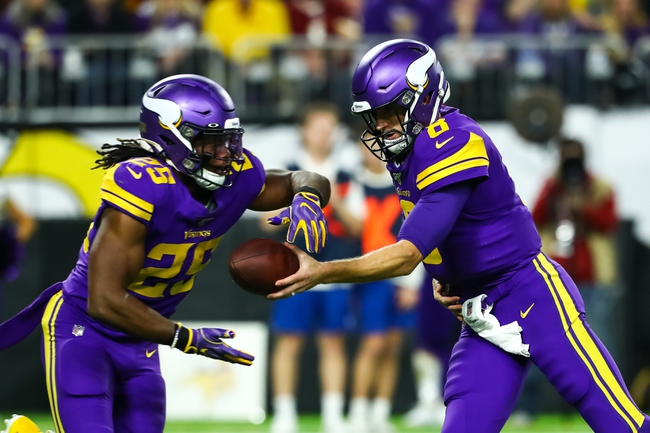 The Minnesota Vikings and the Kansas City Chiefs will meet up on the NFL circuit Sunday.

The Vikings enter this one at 6-2 overall. Minnesota has fallen to the Packers and Bears but taken out the Falcons, Raiders, Giants, Eagles, Lions and Redskins this year.

In the win over the Redskins, Vikings QB Kirk Cousins put up 285 yards, and Dalvin Cook had 98 rush yards and a TD. Stefon Diggs posted seven receptions with 143 yards to lead the receivers there.

Over on the Chiefs’ side, they’re 5-3 thus far. KC has wins over the Jaguars, Raiders, Ravens, Lions and Broncos but has fallen to the Colts, Texans and Packers.

In the loss to Green Bay, Chiefs QB Matt Moore put up 267 yards with two TDs and LeSean McCoy had 40 rush yards. Tyreek Hill managed 76 yards to lead the receivers on six grabs.

This should be a pretty interesting matchup, and it’ll go a long way toward telling us what Minnesota is made of. The Vikings have a four-game win streak going right now, but in all honesty they’ve played some pretty “meh” teams in that stretch, and they couldn’t muster anything against the Bears in their last divisional loss.

All of that said, the line on this game hinges on the status of Patrick Mahomes, and though the Chiefs will play coy with it as long as they can, if he looks good to go the KC positivity will continue to inflate. Realistically it doesn’t matter a whole lot pick-wise, though; Kansas City is still a strong team without him. Regardless, I’m still taking the Chiefs.