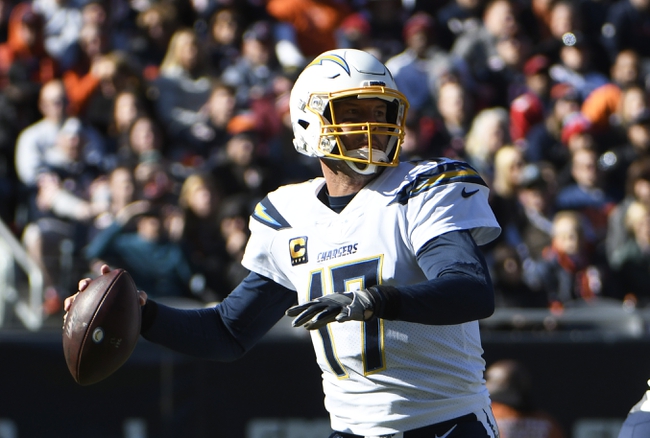 The Green Bay Packers and the Los Angeles Chargers will meet up on the NFL circuit Sunday.

The Packers enter this one at 7-1 so far. Green Bay’s lone loss came to the Eagles, but otherwise they’ve beaten the Bears, Vikings, Broncos, Cowboys, Lions, Raiders and Chiefs.

In the win over the Chiefs, Packers QB Aaron Rodgers posted 305 yards with three scores and Aaron Jones had 67 rush yards. Jones also led the receivers there with 159 yards and two TDs on seven grabs.

Over on the Chargers’ side, they’re 3-5 this year. LA has losses to the Lions, Texans, Broncos, Steelers and Titans, with wins over the Colts, Dolphins and Bears.

In the win over the Bears, Chargers QB Philip Rivers posted 201 yards with one TD and one INT, and Melvin Gordon rushed for 31 yards with a score. Mike Williams was the lead receiver there with 69 yards on three grabs.

Green Bay has turned themselves into a Super Bowl favorite this season behind an energized offense. The Pack have put up at least 23 points in each of their last six games. and are doing fairly well on defense also.

LA broke their three-game losing streak with the 17-16 win over the inept Bears offense but they’ve been pretty uninspiring otherwise. I don’t see a lot of reasons not to take Green Bay here.