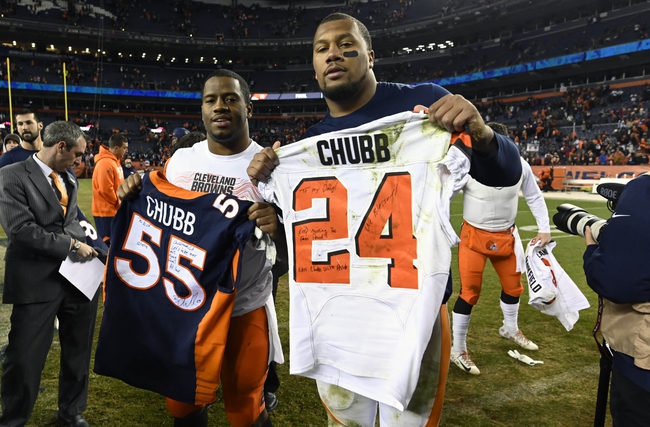 The Denver Broncos also need a victory to rebound from a rough 2-6 record. The Denver Broncos have lost three of their last four home games. Joe Flacco is completing 65.3 percent of his passes for 1,822 yards, six touchdowns and five interceptions. Flacco has one or less touchdown passes in eight of his last nine games. Courtland Sutton and Emmanuel Sanders have combined for 1,003 receiving yards and five touchdowns while Noah Fant has 20 receptions. The Denver Broncos ground game is averaging 110 yards per contest, and Phillip Lindsay leads the way with 492 yards and four touchdowns. Defensively, Denver is allowing 18.9 points and 304.5 yards per game. Justin Simmons leads the Denver Broncos with 45 tackles, DeMarcus Walker has four sacks and Alexander Johnson has one interception.

The Cleveland Browns are 3-3-1 ATS in their last seven games as a road underdog. The Denver Broncos have split their last 10 games ATS as a home favorite. The Browns played the Patriots better than expected, and while theyre losing games, they can lean on the fact they hung around with the Seahawks and Patriots in back-to-back games. The problem here is the Browns don't cover numbers despite the sharps being on them every week, and this will be just the third time since 2017 where they'll be road favorites. I just don't understand backing the Browns when they fail to cover week after week and season after season. The Denver Broncos aren't doing anything special and have been held to 20 or less points in seven of their eight games, but we're getting free points to fade the Browns. I'll take it.