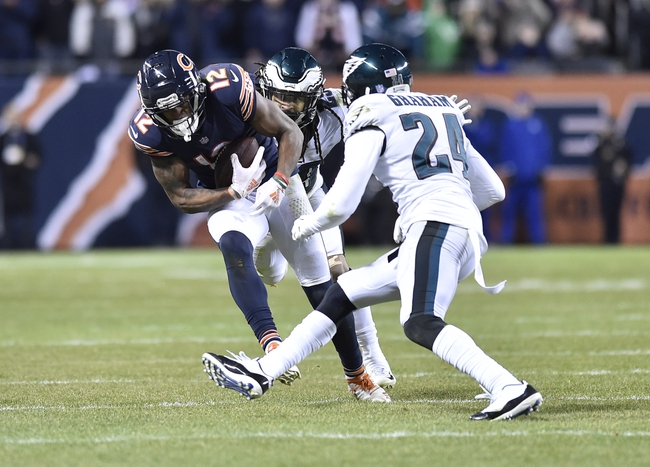 The Chicago Bears and the Philadelphia Eagles will match up in NFL action on Sunday.

The Bears come into this one at 3-4 so far. Chicago has taken out the Broncos, Redskins and Vikings this season but fallen to the Packers, Raiders, Saints and Chargers.

In the Chargers loss, Chicago QB Mitch Trubisky posted 253 yards with a pick, and David Montgomery rushed for 135 yards and a TD. Anthony Miller was the lead receiver there on 67 yards from three grabs.

Over on the Philly side, they’re 4-4 on the year. The Eagles have fallen to the Falcons, Lions, Vikings and Cowboys but otherwise taken out the Redskins, Packers, Jets and Bills.

In the victory over Buffalo, Eagles QB Carson Wentz managed 172 yards with a TD and Jordan Howard put up 96 yards with a TD. Alshon Jeffery led the receivers there with 64 yards on four grabs.

Chicago is sitting on a three-game losing streak, and though they’ve been competitive in those games for the most part the offense is highly suspect. The Bears could only muster 16 points against the Chargers, and a 17-16 home loss is certainly cause for concern—as if there wasn’t a ton of concern before.

As for Philly, they’re the most inconsistent team in the league. One week they look like world-beaters and the next they’re struggling against nonsense. I’m going to take Philly here due to the Chicago downer, but it’ll be close and I’m staying away.