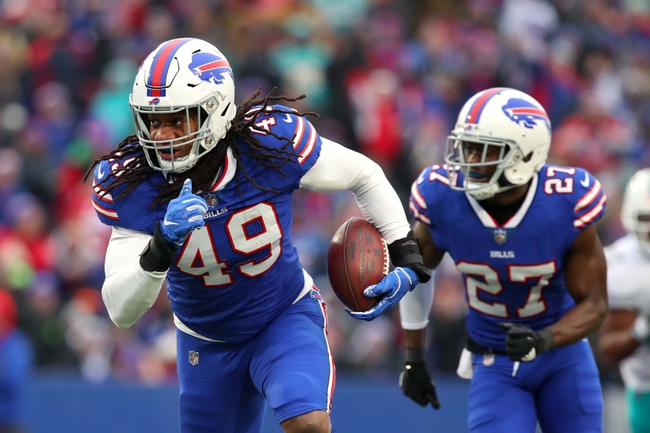 The Buffalo Bills look for a win after splitting their last four games. The Buffalo Bills have split their last four home games. Josh Allen is completing 60.1 percent of his passes for 1,493 yards, nine touchdowns and seven interceptions. Allen has one or less touchdown passes in 13 of his last 18 games. John Brown and Cole Beasley have combined for 851 receiving yards and four touchdowns while Dawson Knox has 12 receptions. The Buffalo Bills ground game is averaging 130.4 yards per contest, and Frank Gore leads the way with 422 yards and two touchdowns. Defensively, Buffalo is allowing 17.4 points and 303.9 yards per game. Tremaine Edmunds leads the Buffalo Bills with 52 tackles, Jordan Phillips has five sacks and Tre'Davious White has three interceptions.