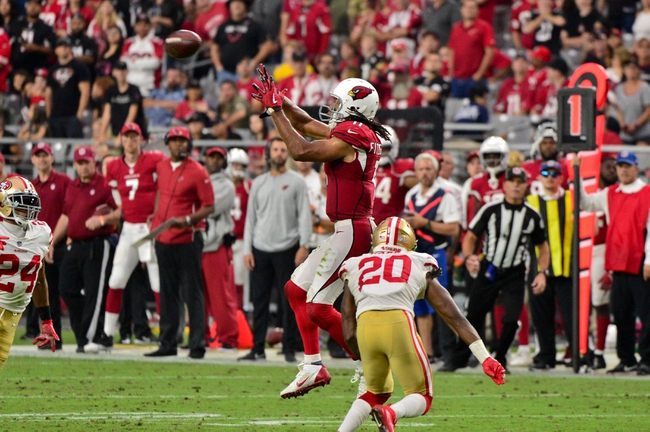 The San Francisco 49ers have failed to cover five of their last eight games as a road favorite. The Arizona Cardinals have covered six of their last 10 games as a home underdog. The Cardinals have won nine of the last 10 meetings against the 49ers, not losing to their division rival since December of 2014. These are obviously a lot different teams this year and the Cardinals have had real issues moving the football when they play winning teams. The 49es have done nothing but display the best defense in the league and have been profitable against the number while winning these games as well. Underdogs have thrived on Thursday night, but I'll still take the 49ers by double digits.