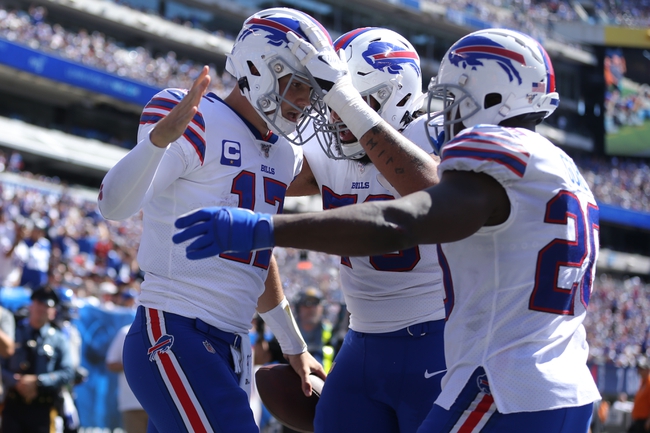 The Buffalo Bills look for another win to build on their surprise 5-1 start to the season. The Buffalo Bills have won four of their last five home games. Josh Allen is completing 62.4 percent of his passes for 1,324 yards, seven touchdowns and seven interceptions. Allen has one or less touchdown passes in 13 of his last 17 games. John Brown and Cole Beasley have combined for 756 receiving yards and three touchdowns while Dawson Knox has 12 receptions. The Buffalo Bills ground game is averaging 135.8 yards per contest, and Frank Gore leads the way with 388 yards and two touchdowns. Defensively, Buffalo is allowing 15.2 points and 292.7 yards per game. Tremaine Edmunds leads the Buffalo Bills with 43 tackles, Jordan Phillips has four sacks and Tre'Davious White has three interceptions.

The Philadelphia Eagles have covered seven of their last 12 games as a road underdog. The Buffalo Bills have failed to cover four of their last five games as a home favorite. I mentioned before the season that I wasn't as high on the Philadelphia Eagles as everybody else seemed to be, and right now we're seeing their defense fall apart and Wentz struggle to be that consistent quarterback option to will his team to victory. The Buffalo Bills are in dogfights every week and may not play the prettiest style of football, but they're led by a really good defense and find ways to come out on top. Good teams have the ability to win close games and it may be time to give the Bills their props and say they're a good team. I'll lay the small chalk.