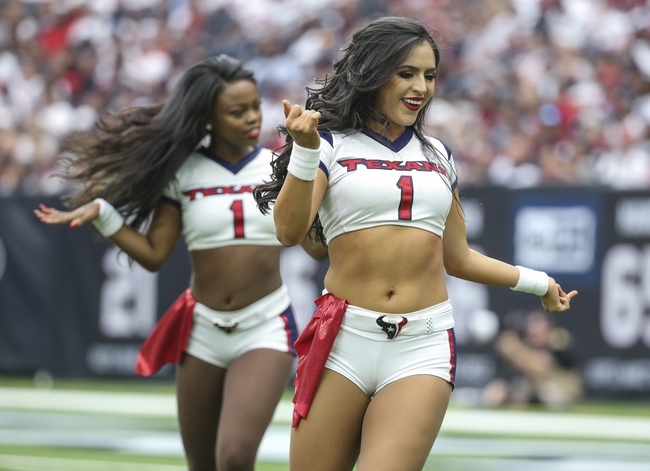 The Oakland Raiders and the Houston Texans will meet up in NFL activity on Sunday.

The Raiders come in here at 3-3 so far. Oakland’s wins have come versus the Broncos, Colts and Bears but they’ve lost to the Chiefs, Colts and Packers.

Over on the Texans’ side, they're 4-3 so far. Houston has wins over the Jaguars, Chargers. Falcons and Chiefs but they’ve lost otherwise to the Saints, Panthers and Colts.

In the loss to Indy, Texans QB Deshaun Watson put up 308 yards with a TD and two picks, and Carlos Hyde had 35 rush yards. DeAndre Hopkins led the receivers in that one with 106 yards and a TD on nine catches.

Oakland had a couple of down games on the scoreboard in their second and third outings, but in the three games since they’ve done pretty well offensively with at least 24 scored in each. The Raiders have also beaten two decent teams in the Colts and Bears in that stretch.

Houston’s been doing well over their last three games also despite the disappointing loss to the Colts their last time out. The Texans have given up at least 24 points in each of the last trio though, and with that in mind I think the Raiders can get in there to cover.