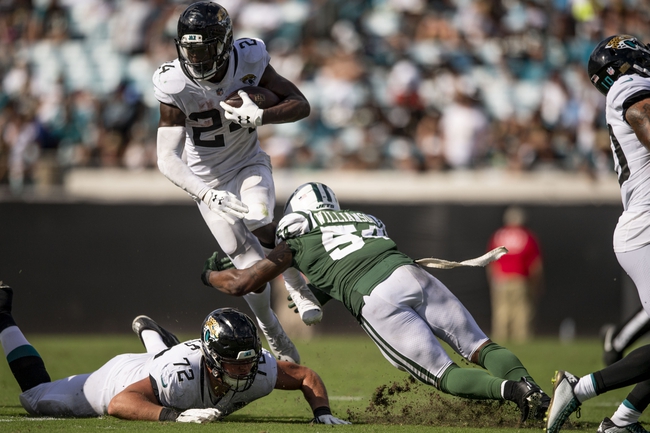 The New York Jets could use a win here to save their season and rebound from a 1-5 record. The New York Jets have lost eight of their last nine road games. Sam Darnold is completing 59 percent of his passes for 599 yards, three touchdowns and five interceptions. Darnold has six touchdown passes in his last five games. Jamison Crowder and Robby Anderson have combined for 564 receiving yards and one touchdown while Le’Veon Bell has 29 receptions. The New York Jets ground game is averaging 66.8 yards per contest, and Bell leads the way with 326 yards and on touchdown. Defensively, New York is allowing 26 points and 352.2 yards per game. Darryl Roberts leads the New York Jets with 39 tackles, Jordan Jenkins has two sacks and Jamal Adams has one interception.

The New York Jets have failed to cover six of their last nine games as a road underdog. The Jacksonville Jaguars have failed to cover five of their last six games as a home favorite. The New York Jets have scored 16 or less points in five of their first six games and are coming off their worse performance yet where Darnold had zero success passing and the offense was shutout for the first time since December of 2017. The Jacksonville Jaguars defense has the ability to give the Jets similar issues with all of the athletes and pass rushers they have on the field. I'm just not sure how anybody can get behind the Jets after what we saw last week, and more and more people are getting behind the fact that Adam Gase is a fraud. I'll lay the touchdown with the home team.