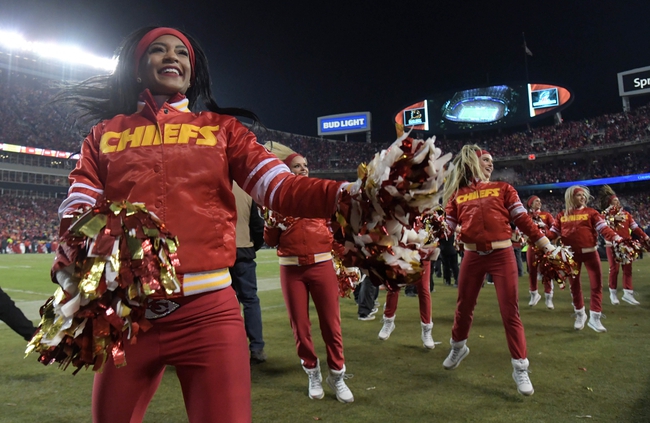 The Green Bay Packers and the Kansas City Chiefs will meet up on the NFL circuit Sunday.

The Packers roll into this one at 6-1 so far. Outside of a loss to the Eagles, Green Bay has dispatched the Bears, Vikings, Broncos, Cowboys, Lions and Raiders this year.

In the win over the Raiders, Green Bay QB Aaron Rodgers put up 429 yards and five score while Aaron Jones posted 50 rush yards. Marquez Valdes-Scantling had 133 yards and a TD on just two catches.

Over on the Chiefs’ side, they’re 5-2 this season. Kansas City’s losses came to the Texans and Colts but otherwise they’ve beaten the Jags, Raiders, Ravens, Lions and Broncos.

In the win over the Broncos, QB Matt Moore turned in 117 yards and a TD while LeSean McCoy led the rush on 64 yards for KC. Tyreek Hill managed 74 yards and a score on three catches there as well.

Green Bay—and Aaron Rodgers in particular—has been quite impressive for most of the year, and the team is finding ways to win even in tight games. Seems like the Packers are gaining steam and they’re going to be a very dangerous team going forward.

The (very likely) absence of Patrick Mahomes takes a lot of luster off this matchup, but the Chiefs can still score pretty well without him. So long as this number stays below six or so however, I’m pretty firmly on the Packers.