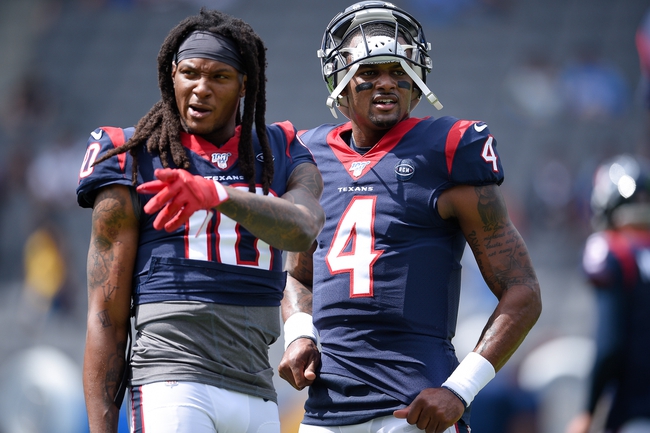 The Oakland Raiders need a victory here to get a game above a .500 record. The Oakland Raiders have lost five of their last six road games. Derek Carr is completing 74.1 percent of his passes for 1,410 yards, eight touchdowns and four interceptions. Carr has one or less touchdown passes in seven of his last 12 games. Darren Waller and Tyrell Williams have combined for 701 receiving yards and five touchdowns while Foster Moreau has 12 receptions. The Oakland Raiders ground game is averaging 137.8 yards per contest, and Josh Jacobs leads the way with 554 yards and four touchdowns. Defensively, Oakland is allowing 27.5 points and 376.5 yards per game. Tahir Whitehead leads the Oakland Raiders with 39 tackles, Benson Mayowa has 4.5 sacks and Erik Harris has one interception.

The Houston Texans look for another victory after winning four of their last six games. The Houston Texans have won eight of their last 10 home games. Deshaun Watson is completing 69.4 percent of his passes for 1,952 yards, 13 touchdowns and five interceptions. Watson has two or more touchdown passes in nine of his last 16 games. DeAndre Hopkins and Will Fuller V have combined for 958 receiving yards and six touchdowns while Kenny Stills has 15 receptions. The Houston Texans ground game is averaging 134.1 yards per contest, and Carlos Hyde leads the way with 461 yards and three touchdowns. Defensively, Houston is allowing 23.4 points and 359.9 yards per game. Zach Cunningham leads the Houston Texans with 53 tackles, Whitney Mercilus has 5.5 sacks and Tashaun Gipson has two interceptions.

The Oakland Raiders have failed to cover 11 of their last 15 games as a road underdog. The Houston Texans have split their last 10 games ATS as a home favorite. The Oakland Raiders have been better than expected this season, but their defense is showing signs of being the same unit it was a year ago, and the secondary was absolutely torched last week by the Packers. The Houston Texans just went toe-to-toe with two playoff contenders in back-to-back road games and have the offensive playmakers to expose the Raiders defensive issues. I'll lay the touchdown with the home team.