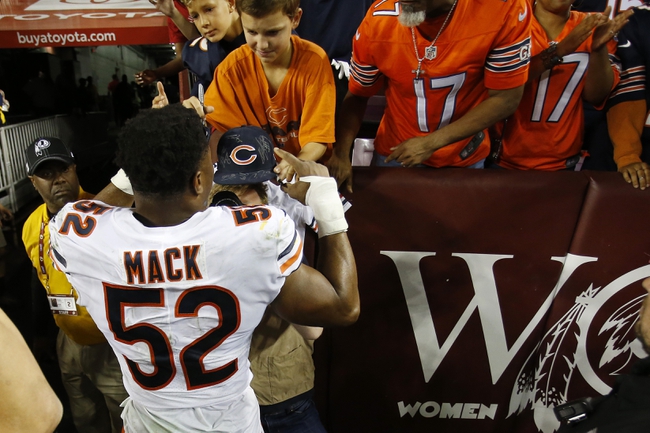 The Los Angeles Chargers have covered eight of their last 13 games as a road underdog. The Chicago Bears have covered eight of their last 11 games as a home favorite. The Los Angeles Chargers remain one of the more disappointing tams in the league and they're coming off an absolutely brutal loss last week, falling inches short of winning the game. The Chicago Bears may be in a better position, but they have issues of their own and the lack of offense continues to be an issue. That's why I'm siding with the Chargers and the free points, as they're a team that's played their best on the road dating back to last season, and the Bears aren't good or consistent enough offensively to lay chalk with. Give me the Chargers and the points.