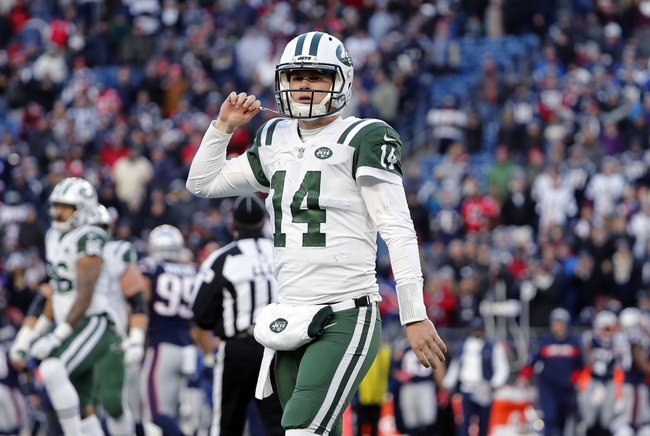 The New York Jets look for another victory to save their season and improve to 2-4 on the year. The New York Jets have lost seven of their last eight home games. Sam Darnold is completing 69.9 percent of his passes for 513 yards, three touchdowns and one interception. Darnold has six touchdown passes in his last four games. Jamison Crowder and Robby Anderson have combined for 528 receiving yards and one touchdown while Le’Veon Bell has 28 receptions. The New York Jets ground game is averaging 64 yards per contest, and Bell leads the way with 256 yards and on touchdown. Defensively, New York is allowing 24.6 points and 358 yards per game. Neville Hewitt leads the New York Jets with 37 tackles, Jordan Jenkins has two sacks and Jamal Adams has one interception.

The New England Patriots have split their last eight games ATS when favored of seven or more points. The New York Jets are 4-6-1 ATS in their last 11 games when an underdog of seven or more points. The Patriots have been covering machines over the years, and they've won nine of the last 10 meetings against the Jets, with five of the last six wins being decided by double digits. Trends and history lean toward this being another comfortable win for the Pats, but the Jets are coming off their best showing of the year with a win over a good Cowboys team, and Darnold played arguably the best game of his young career. Throw in a one-point loss to the improved Buffalo Bills, and the Jets have looked decent in the two games with Darnold under center. I just don't like leaving a bunch of points on the table in a primetime spot with the home team. This may come back to bite me, but I'm siding with the Jets.