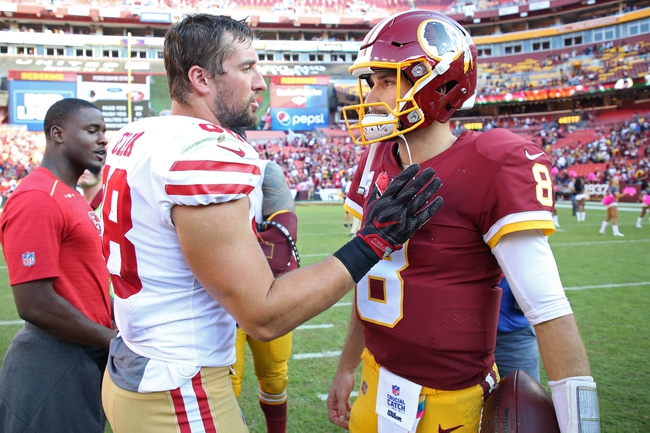 The San Francisco 49ers have failed to cover six of their last 10 games as a double-digit favorite. The Washington Redskins have covered six of their last nine games as a double-digit underdog. Four of the 49ers five victories this season have been decided by double digits, and they're the second-best defense in the league, which includes allowing just 10 points in their last two games since their bye week. The Washington Redskins nearly lost to the Miami Dolphins last week, and they've lost their three home games this season by an average of 17.3 points. I have to eat the chalk with the 49ers.