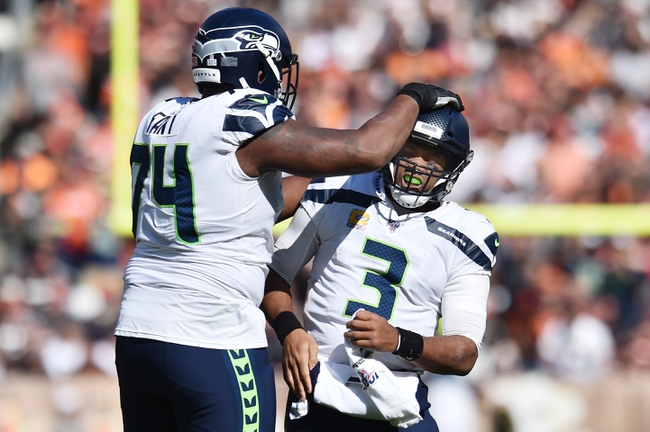 The Baltimore Ravens and the Seattle Seahawks will meet up on the NFL gridiron Sunday.

Baltimore enters here at 4-2 so far. The Ravens have fallen to the Chiefs and Browns but otherwise dispatched the Dolphins, Cardinals, Steelers and Bengals.

In the win over Cincinnati, Baltimore QB Lamar Jackson went off, passing for 236 yards while rushing for 152 and a TD. Mark Andrews was the top receiver there on 99 yards from six grabs as well.

Over on the Seahawks side, they’re 5-1 this year. Outside of a loss to the Saints in Game 3, Seattle has taken out the Bengals, Steelers, Cardinals, Rams and Browns.

In the win over Cleveland, Seattle QB Russell Wilson posted 295 yards and two TDs, while Chris Carson managed 124 yards and a TD rushing. Tyler Lockett led the receivers there on 75 yards from five grabs.

Most of Baltimore’s victories haven’t been pretty this season, but outside of a relative dud against the Browns they’ve been chugging along with a fairly well-balanced attack on both sides of the ball.

Seattle has also been sneaky good this year, and all but one of their games has been decided by a score or less. I fully expect this to be another close game and a battle from start to finish. It’s probably one to stay away from, but I’m going to give at-home Seattle a slight advantage.