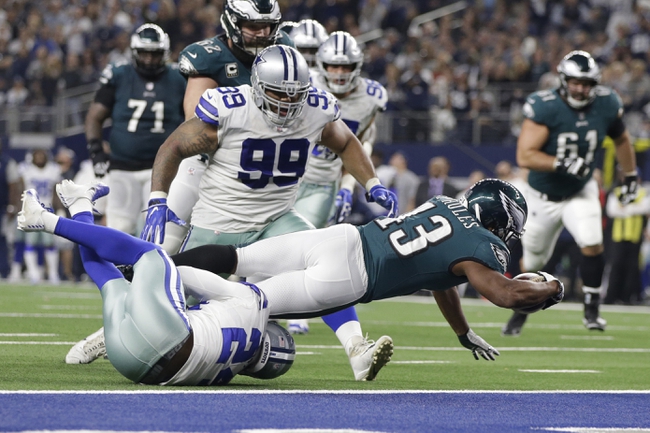 The Philadelphia Eagles and the Dallas Cowboys will match up on the NFL gridiron Sunday.

The Eagles enter this matchup at 3-3 overall. Philly has wins over the Redskins, Jets and Packers this year but have dropped to the Falcons, Lions and Vikings.

In the Minnesota loss, Eagles QB Carson Wentz put up 306 yards with one INT, and Jordan Howard added 49 rush yards. Miles Sanders was the top receiver with 86 yards and a score on three catches there.

Over on the Cowboys’ side, they’re 3-3 this year as well. Dallas won their first three over the Giants, Redskins and Dolphins but lost their last trio versus the Saints, Packers and Jets.

In the Jets loss, Cowboys QB Dak Prescott logged 278 yards, and Ezekiel Elliot added 105 yards with a TD. Tavon Austin was the top receiver for Dallas in that one on 64 yards from five catches.

Looking at Philly’s list of victories this year isn’t very convincing. They got a nice win over the Packers, but otherwise they have just the Week 1 win over the hapless Redskins and the victory over the Sam Darnold-less Jets.

Speaking of the Jets, they shocked the Cowboys last weekend, and now the doubters in Dallas are getting loud. The team just looks disorganized and listless right now, and if you really want to dig you can list the Cowboys’ victories against bad teams as just another nail in the coffin.

Still, at home against a divisional opponent on national TV, we should see a better effort out of the Cowboys. I’m going to take Dallas on the cover, but it’s a sketchy game to pick.