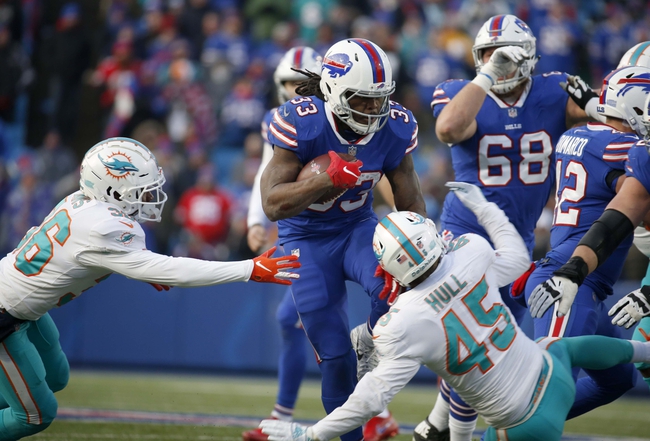 The Miami Dolphins and the Buffalo Bills will match up on the NFL circuit Sunday in AFC East action.

Miami tumbles in here at a disappointing 0-5 so far. The Dolphins have fallen to the Ravens, Patriots, Cowboys, Chargers and Redskins thus far.

In the loss to the Redskins, Miami QB Ryan Fitzpatrick posted 132 yards and a TD, while Kenyan Drake led the rush on 40 yards. Mike Gesicki had 51 yards on three receptions as well.

Over on the Bills’ side, they’re cruising at 4-1 so far. Buffalo fell to the Patriots 16-10 but otherwise they’ve taken care of the Jets, Giants, Bengals and Titans.

Well, there’s not much positive to say about the Dolphins right now, as they’re in full tank mode and can’t seem to do much of anything right. Their 16 points against the Redskins was the most they’ve scored all year, and it matched the total they posted for their first three games combined.

Buffalo isn’t a perfect team either—and they stall on offense quite a bit—but they’re much more competitive than they’ve been in a long time, case in point only losing by six to the Patriots while holding them to 16 points. They aren’t just straight-up blowing people out though, and with a 17-point spread I have to take the hapless Dolphins to eke out a cover. It’s kind of a weird matchup, though. Can you remember the last time Buffalo was favored by this much against anyone? Strangely enough, I also wouldn’t be surprised to see them cover.