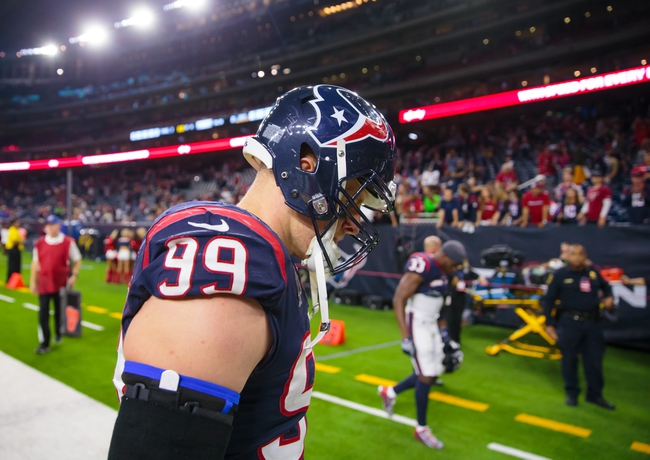 The Houston Texans look to stay hot after winning four of their last five games. The Houston Texans have won seven of their last nine road games. Deshaun Watson is completing 69.7 percent of his passes for 1,644 yards, 12 touchdowns and three interceptions. Watson has two or more touchdown passes in eight of his last 15 games. Will Fuller V and DeAndre Hopkins have combined for 846 receiving yards and five touchdowns while Jordan Akins has 13 receptions. The Houston Texans ground game is averaging 139.8 yards per contest, and Carlos Hyde leads the way with 426 yards and three touchdowns. Defensively, Houston is allowing 22.3 points and 356 yards per game. Zach Cunningham leads the Houston Texans with 46 tackles, Whitney Mercilus has five sacks and Tashaun Gipson has two interceptions.

The Houston Texans are 5-0-1 ATS in their last six games as a road underdog. The Indianapolis Colts are 6-3-1 ATS in their last 10 games as a home favorite. The Texans are a team that's really starting to grow on me, and they usually play their best in spots you would usually pick against them, like they proved last week on the road against Kansas City. The Indianapolis Colts are probably the surprise team in the league up to this point, as they haven't missed a beat with the retirement of Andrew Luck and the defensive effort is better than what we're used to seeing. The Colts have won four of the last six games against the Texans and they've had an extra week to prepare. It's hard not to side with the Colts at home with the rest in a near pick em.