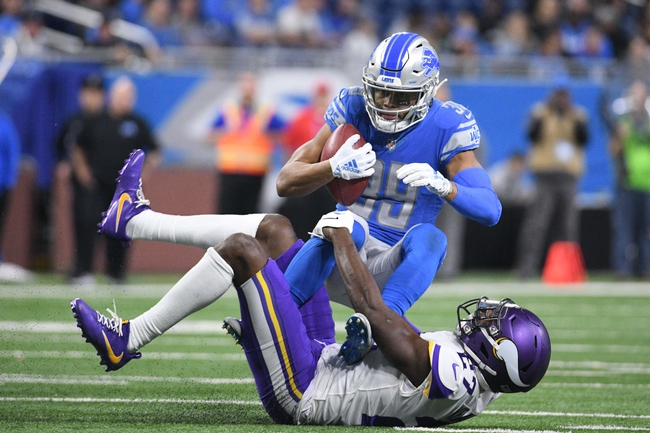 The Detroit Lions could use a victory hereto rebound from back-to-back tough losses. The Detroit Lions have lost four of their last five home games. Matthew Stafford is completing 61.3 percent of his passes for 1,387 yards, nine touchdowns and two interceptions. Stafford has two or more touchdown passes in five of his last 13 games. Marvin Jones Jr. and Kenny Golladay have combined for 658 receiving yards and five touchdowns while T.J. Hockenson has 15 receptions. The Detroit Lions ground game is averaging 107.6 yards per contest, and Kerryon Johnson leads the way with 285 yards and two touchdowns. Defensively, Detroit is allowing 23.6 points and 413.8 yards per game. Tracy Walker leads the Detroit Lions with 43 tackles, Devon Kennard has three sacks and Darius Slay has one interception.

The Minnesota Vikings have covered seven of their last 11 road games as a favorite. The Detroit Lions have split their last eight games ATS as a home underdog. The Vikings shutdown the Lions in two games last year, holding them to a combined 18 points, and they've won five of the last meetings. The Lions are on short rest and are coming off a controversial loss that could have a negative impact on this team if they're not able to forget about it. With that said, I'm still taking the Lions at home in this near tossup. I don't trust the Minnesota Vikings on the road, as they're not the same team they are in their dome, and the Lions have proven that they're for real and more than capable of beating some of the leagues best. Give me the Lions.