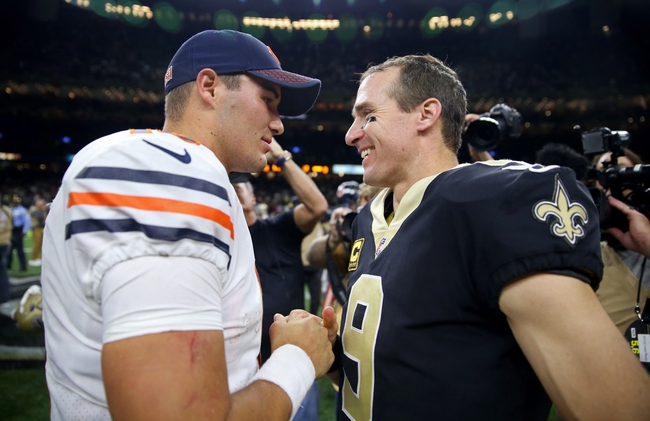 The Chicago Bears are coming off a bye week and look for a win after winning three of their last four games. The Chicago Bears have won six of their last seven home games. Chase Daniel is completing 73.3 percent of his passes for 426 yards, three touchdowns and two interceptions. Daniel and Mitch Trubisky have combined for six touchdown passes and four interceptions. Allen Robinson and Tarik Cohen have combined for 505 receiving yards and three touchdowns while Taylor Gabriel has nine receptions. The Chicago Bears ground game is averaging 80.6 yards per contest, and David Montgomery leads the way with 225 yards and two touchdowns. Defensively, Chicago is allowing 13.8 points and 312.2 yards per game. Danny Trevathan leads the Chicago Bears with 45 tackles, Khalil Mack has 4.5 sacks and Kyle Fuller has two interceptions.

The New Orleans Saints have covered five of their last six games as a road underdog. The Chicago Bears have covered eight of their last 10 games as a home favorite. The Bears have had an extra week to prepare for this game, but they've still scored 21 or less points in four of their first five games and Mitchell Trubisky is still questionable with a shoulder injury. The New Orleans Saints are riding a four-game winning streak and while the defense has picked up during this stretch, we're also seeing a more effective and confident Bridgewater at quarterback. While rest and home field matters, you can argue we're getting the better team and a free field goal. I'll take it.