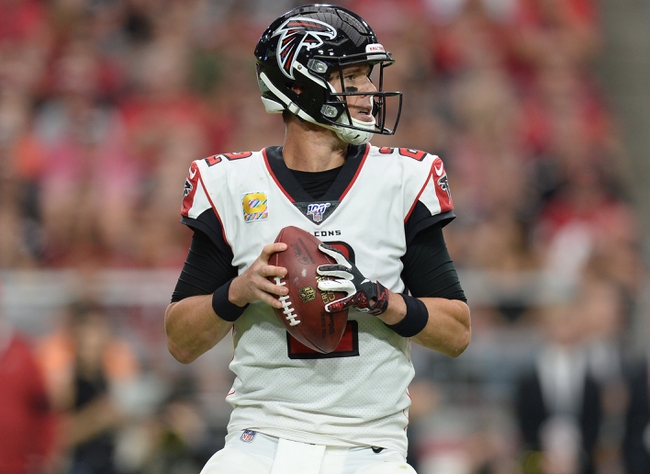 The Los Angeles Rams and the Atlanta Falcons will meet up on the NFL circuit on Sunday.

The Rams enter this one at 3-3 overall. LA started out 3-0 with wins over the Panthers, Saints and Browns, but since has fallen in three straight to the Buccaneers, Seahawks and 49ers.

In the loss to the Niners, Los Angeles QB Jared Goff tossed for just 78 yards, while Malcolm Brown led the run on 40 yards. Tyler Higbee was the lead receiver there with 25 yards on three catches.

Over on the Falcons’ side, they’re 1-5 this year. Outside of a win over the Eagles, the Falcons have dropped to the Vikings, the Colts, the Titans, Texans and Cardinals.

In the loss to the Cardinals, Atlanta QB Matt Ryan posted 356 yards with four TDs, and Austin Hooper had 117 yards with a TD on eight grabs. Devonta Freeman led the rush there with 88 yards as well.

Well, this isn’t exactly the way it was supposed to go for LA. In their three losses, the Rams have coughed up 55 points to the Bucs, 30 to the Seahawks and 20 to the 49ers, and the offense simply can’t keep up.

Atlanta has much the same problem; they’ve given up 87 points in their last two games and are doing it against sub-par competition. Both these teams need a win right now, and I think the Rams will get it. They’re the better squad.