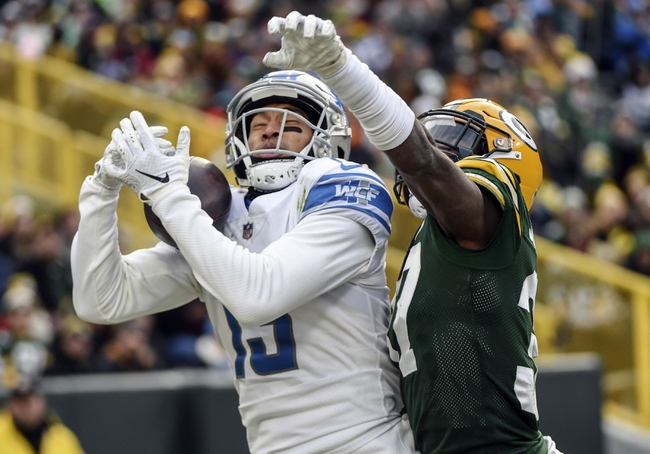 The Detroit Lions look to build on their 2-1-1 record and are coming off a bye week. The Detroit Lions haven’t lost four of their last five road games. Matthew Stafford is completing 62.4 percent of his passes for 1,122 yards, nine touchdowns and two interceptions. Stafford has two or more touchdown passes in five of his last 12 games. Marvin Jones Jr. and Kenny Golladay have combined for 520 receiving yards and five touchdowns while T.J. Hockenson has 11 receptions. The Detroit Lions ground game is averaging 120.5 yards per contest, and Kerryon Johnson leads the way with 251 yards and one touchdown. Defensively, Detroit is allowing 23.8 points and 405.5 yards per game. Tracy Walker leads the Detroit Lions with 36 tackles, Devon Kennard has three sacks and Darius Slay has one interception.

The Detroit Lions have covered five of their last seven games as a road underdog. The Green Bay Packers have split their last 10 games as a home favorite. The Lions have won each of the last four meetings against the Packers overall and three of their last four trips at Lambeau Field. The Lions have also had an extra week to prepare for this game and are playing some of their best football in recent memory, so there's good reason to consider the points. However, outside of the game against the Eagles where the defense refused to show up, the Packers have been highly impressive on both sides of the ball and probably one of the more consistent teams through the first few weeks of the season. I like what I'm seeing from these Packers, and while the Lions are playing well i their own right, I'll still take the home team by a touchdown.