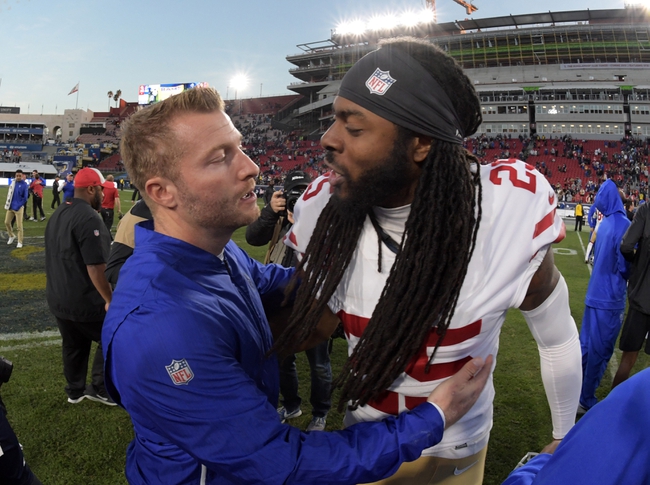 The San Francisco 49ers have split their last 14 games ATS as a road underdog. The Los Angeles Rams are 4-4-2 ATS in their last 10 games as a home favorite. The 49ers have looked good up to this point, but there's still reason for pause when you consider the four teams they've beaten have a combined SU record of 5-15. The Los Angeles Rams are due for a victory after back-to-back losses, and they haven't lost three straight games since the end of the 2016 season. The Rams have won three of the last four games against the 49ers and the last two wins last year were decided by an average 22.5 points. This feels like a bad schedule spot for the 49ers. I'll lay the field goal with the Rams.