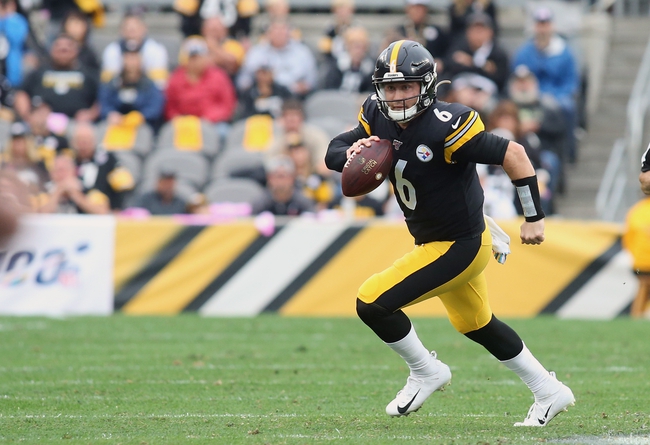 The Los Angeles Chargers and the Pittsburgh Steelers meet in a week 6 AFC matchup in NFL action from Dignity Health Sports Park on week 6’s edition of Sunday Night Football.

The Pittsburgh Steelers will look to rebound from a 26-23 overtime loss to Baltimore in their last outing. Mason Rudolph has thrown for 646 yards, 7 touchdowns and a pair of interceptions on 67% passing while James Conner leads the Steelers in rushing with 194 rushing yards and 3 touchdowns. JuJu Smith-Schuster leads Pittsburgh’s receiving corps with 24 catches for 333 yards and a pair of touchdowns while Diontae Johnson, the aforementioned Conner, James Washington and Vance McDonald each have 100+ receiving yards this season. Devin Bush leads Pittsburgh with 45 total tackles while Cameron Beyward, Stephon Tuitt and T.J. Watt each have 3.5 sacks this season. As a team, Pittsburhg is averaging 280.6 yards of total offense and 19.8 points per game while allowing 355.6 yards of total defense and 22.8 points per game against this season.

The Los Angeles Chargers will look to rebound from losses in 3 of their last 4 games following a 20-13 loss to Denver in their last outing. Philip Rivers has thrown for 1,465 yards, 7 touchdowns and 4 interceptions on 68.6% passing while Austin Ekeler leads the Chargers in rushing with 227 rushing yards and 3 touchdowns. Keenan Allen leads L.A. with 480 receiving yards and 3 touchdowns with 38 receptions while Ekeler has a team-high 39 receptions for 356 yards and 3 touchdowns. Mike Williams has 231 yards through the air and Dontrelle Inman has 132 receiving yards this season. Defensively, Thomas Davis Sr. leads the Chargers with 41 total tackles while Joey Bosa has a team-high 3 sacks this season. As a team, Los Angeles is averaging 372.2 yards of total offense and 20.6 points per game against while allowing 334.8 yards of total defense and 18.8 points per game against this season.

The Steelers haven’t had the greatest luck with QBs this season, losing Ben Roethlisberger early to injury and then losing Mason Rudolph last time out. The Chargers also have Philip Rivers and most of their offense so that’s a plus. However, the same Chargers’ offense couldn’t beat Denver and I just don’t know what to make of L.A.’s offense at the point. I think this is going to be a hard-hitting war in the trenches, so I’ll take a shot with Pittsburgh and the points here.