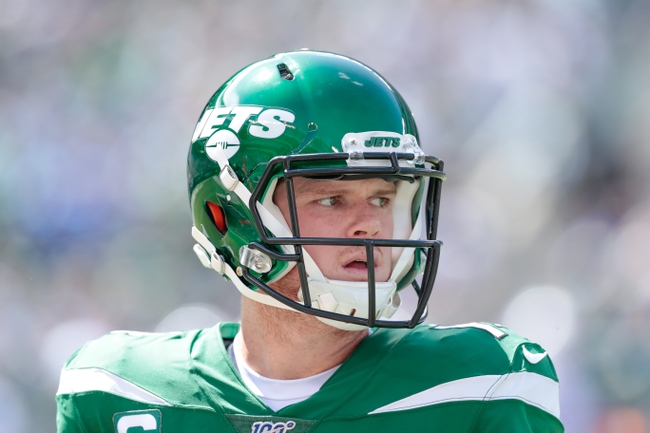 The Dallas Cowboys need a bounce back victory here after back-to-back losses. The Dallas Cowboys have split their last eight road games. Dak Prescott is completing 69.6 percent of his passes for 1,606 yards, 11 touchdowns and six interceptions. Prescott has three or more touchdown passes in four of his last nine games. Amari Cooper and Michael Gallup have combined for 851 receiving yards and six touchdowns while Randall Cobb has 17 receptions. The Dallas Cowboys ground game is averaging 140.8 yards per contest, and Ezekiel Elliott leads the way with 386 yards and four touchdowns. Defensively, Dallas is allowing 18 points and 321.8 yards per game. Jaylen Smith leads the Dallas Cowboys with 45 tackles, Robert Quinn has three sacks and Chidobe Awuzie has one interception.

The New York Jets are getting desperate for a victory after a rough 0-4 start to the season. The New York Jets have lost each of their last seven home games. Sam Darnold is completing 68.3 percent of his passes for 175 yards, one touchdown and zero interceptions. Darnold hasn’t played in over a month due to recovering from mononucleosis. Jamison Crowder and Le’Veon Bell have combined for 340 receiving yards and one touchdown while Robby Anderson has 11 receptions. The New York Jets ground game is averaging 66 yards per contest, and Bell leads the way with 206 yards on 71 carries. Defensively, New York is allowing 25.3 points and 347.8 yards per game. Neville Hewitt leads the New York Jets with 31 tackles, Tarell Basham has one sack and Jamal Adams has one interception.

The Dallas Cowboys are 7-2-1 ATS in their last 10 games as a favorite of at least five points. The New York Jets are 2-6-1 ATS in their last nine games as an underdog of at least five points. The Cowboys haven't looked good since beating on the Miami Dolphins, and their defensive effort last week should raise even more eyebrows. The New York Jets return their starting quarterback, which should be a major improvement to the offense, but this is a banged up team overall and I'm not sure Darnold running out of the tunnel fixes all of the issues. I'm not trying to lay a full touchdown with the Cowboys on the road, but the Jets are a bad football team with an absolutely terrible head coach calling the shots. It's Cowboys or pass for me.