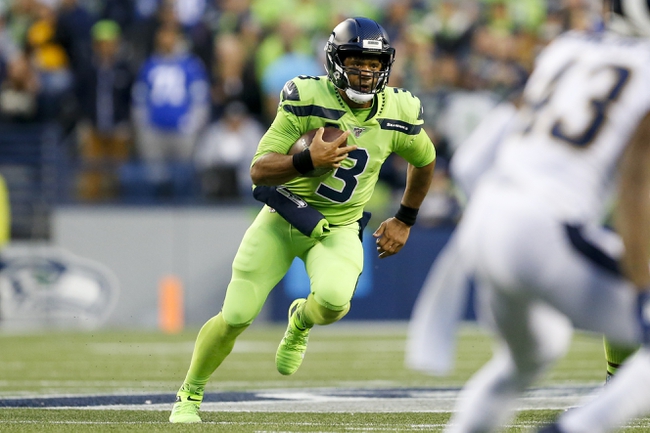 The Seattle Seahawks and the Cleveland Browns meet in a week 6 inter-conference matchup in NFL action from FirstEnergy Stadium on Sunday afternoon.

The Seattle Seahawks will look to build on their 4-1 start to the year after a 30-29 win over Los Angeles in their last outing. Russell Wilson has thrown for 1,409 yards and 12 touchdowns on 73.1% passing while Chris Carson leads Seattle in rushing with 380 rushing yards. Tyler Lockett leads Seattle in receiving with 30 catches for 379 yards and 3 touchdowns while DK Metcalf has 267 receiving yards and Will Dissly has 262 receiving yards and a team-high 4 touchdowns. Defensively, Bobby Wagner leads the Seahawks with 50 total tackles including 26 solo tackles while K.J. Wright isn’t too far behind in 2nd with 42 total tackles. As a team, Seattle is averaging 388 yards of total offense and 26.6 points per game while allowing 350.6 yards of total defense and 23.6 points per game against this season.

The Cleveland Browns will look to find some consistency after alternating wins and losses in each of their last five games including a 31-3 beatdown loss at the hands of San Francisco last time out. Heading into Monday’s action, Baker Mayfield has thrown for 1,147 yards, 4 touchdowns and 6 interceptions while Nick Chubb leads the Browns in rushing with 398 rushing yards and 4 TDs. Jarvis Landry leads Cleveland with 328 receiving yards while Odell Beckham Jr. has a team-high 21 catches for 308 receiving yards. Defensively, Joe Schobert leads the Browns with 43 total tackles including 27 solo tackles while Myles Garrett leads Cleveland with 6 sacks this season. As a team, Cleveland averaged 340.2 yards of total offense and 18.4 points per game while allowing 357.2 yards of total defense and 24.4 points per game against heading into Monday night’s matchup.

I know Cleveland’s at home, but unless there’s something I’m missing, I’m not sure why this line is the way it is. Cleveland continues to struggle with inconsistency, as the Browns are up and down and can’t put the talent together to gel on the field. Seattle keeps finding ways to win football games and are just the team playing better football here while Cleveland hasn’t had any luck at home both SU and ATS. Seattle with extra rest against a Cleveland team on short rest? The pick seems too easy, and maybe it’s a bit fishy, but I’ll bite. Give me Seattle and the points in a game I see the Seahawks winning outright.