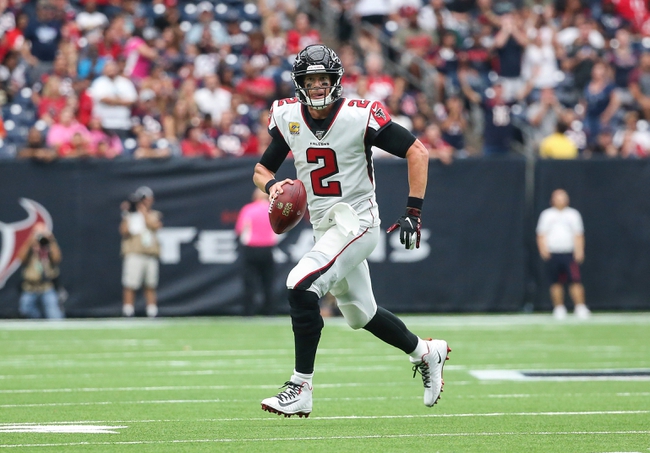 The Atlanta Falcons and the Arizona Cardinals will match up on the NFL circuit Sunday.

Atlanta is sitting at 1-4 on the year. The Falcons opened up with a loss to the Vikings before taking out the Eagles 24-20 in Week 2. Since then, Atlanta has fallen to the Colts, Titans and Texans in succession.

In the loss to the Texans, Atlanta QB Matt Ryan posted 330 yards with three touchdowns and a pick, while Devonta Freeman rushed for 30 yards. Calvin Ridley was the top receiver there with 88 yards on five receptions for the Falcons.

Over on the Cardinals’ side, they’re 1-3-1 this season. Arizona tied the Lions their first game, then fell to the Ravens, Panthers and Seahawks before getting a win over the Bengals last week.

In the win over Cincinnati, Arizona QB Kyler Murray passed for 253 yards and was also the lead rusher on 93 yards and a TD. David Johnson posted 91 yards rushing alongside three receptions for 65 yards there as well.

So far this year, the Falcons have been below average on defense, and can’t muster the offense to cover up the discrepancy on the scoreboard. Atlanta has given up at least 24 points in each of the last three games, and at least 20 in every outing so far. Conversely they’ve scored more than 24 points just once (32).

As for the Cardinals, there’s not much to get excited about there either, but a win last week is a step in the right direction and should provide some confidence here. That said, at less than a field goal I’m more comfortable with the potential of the Falcons, though there really isn’t much intrigue here at all.