The Atlanta Falcons need a victory to save their season and snap a three-game losing streak. The Atlanta Falcons have lost six of their last eight road games. Matt Ryan is completing 70.3 percent of his passes for 1,655 yards, 11 touchdowns and seven interceptions. Ryan has two or more touchdown passes in 10 of his last 14 games. Austin Hooper and Julio Jones have combined for 722 receiving yards and six touchdowns while Calvin Ridley has 21 receptions. The Atlanta Falcons ground game is averaging 67.6 yards per contest, and Devonta Freeman leads the way with 187 yards on 58 carries. Defensively, Atlanta is allowing 30.4 points and 378.2 yards per game. De’Vondre Campbell leads the Atlanta Falcons with 48 tackles, Grady Jarrett has two sacks and Desmond Trufant has two interceptions.

The Atlanta Falcons have failed to cover seven of their last nine games as a road favorite. The Arizona Cardinals have split their last 10 games ATS as a home underdog. I've given the Falcons every chance in the world to turn this thing around, as they were a team I thought could make a Super Bowl run, but they're not playing well to say the least and these losses have to be taking its toll on players who had high expectations. The Cardinals are coming off a solid win over the Bengals and have been far more competitive than most probably thought they'd be. There's no reason to get behind the Falcons in their current form, especially with them being in the favorite role. I'll take the Cardinals at home and the free point. 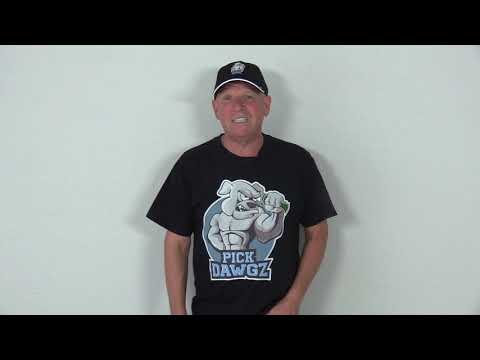