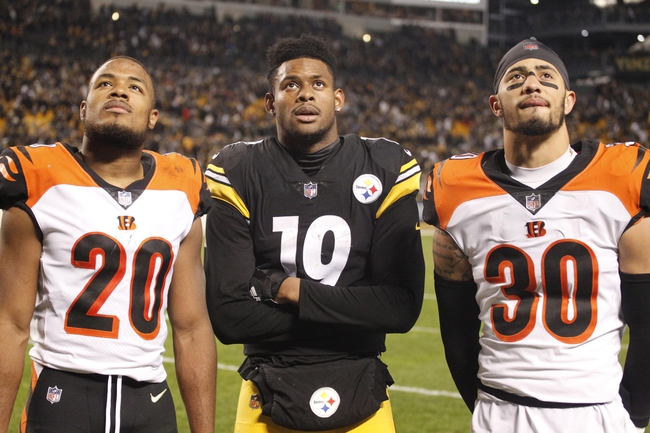 The Baltimore Ravens have split their last 10 games ATS as a road favorite. The Pittsburgh Steelers are 5-2-1 ATS in their last eight games as a road underdog. The Steelers have won four of the last five meetings against the Ravens and this is a rivalry game where you can usually throw everything out the window and expect a close contest. In fact, six of the last eight games between the Ravens and Steelers have been decided by seven or less points. The Ravens just got smoked at home last week to the Cleveland Browns, and what was expected to be a good defense, has given up a combined 73 points in the last two games. Rudolph seems to be getting comfortable at the quarterback position and the defense had its best showing last week. I'll take the points here with the Steelers at home.