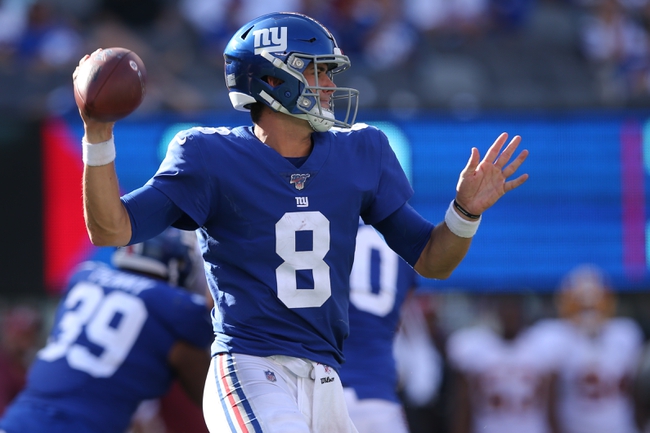 The New York Giants look for a third straight victory to get a game above a .500 record. The New York Giants have split their last six home games. Daniel Jones is completing 69 percent of his passes for 578 yards, three touchdowns and two interceptions. Jones enters this game with 71 career pass attempts under his belt. Evan Engram and Sterling Shepard have combined for 549 receiving yards and three touchdowns while Cody Latimer has six receptions. The New York Giants ground game is averaging 129 yards per contest, and Saquon Barkley leads the way with 237 yards and one touchdown. Defensively, New York is allowing 24.3 points and 389.3 yards per game. Antoine Bethea leads the New York Giants with 29 tackles, Markus Golden has 3.5 sacks and Ryan Connelly has two interceptions.

The Minnesota Vikings have split their last 12 games ATS as a road favorite. The New York Giants have failed to cover six of their last seven games as a home underdog. The Vikings have scored a combined 22 points in their first two road games and Cousins continues to be a non-factor through the air for the most part. The New York Giants two victories came against the Buccaneers and the Redskins, so while there's a buzz in the air in New York right now, we need to pump the breaks just a bit. Still, the Giants are playing some inspired football at the moment and have the pass rush that could force Cousins into his usual mistakes. I'll take my chances with the Giants and the free points.