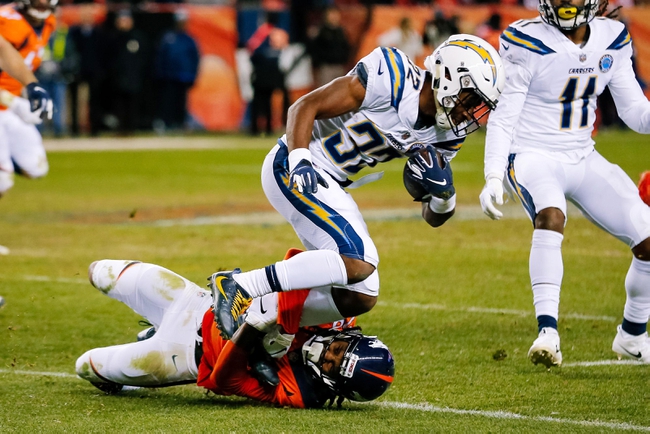 The Denver Broncos need a win to save their season and prevent an 0-5 record. The Denver Broncos have lost each of their last four road games. Joe Flacco is completing 66.2 percent of his passes for 1,076 yards, five touchdowns and three interceptions. Flacco has one or less touchdown passes in four of his last five games. Courtland Sutton and Emmanuel Sanders have combined for 697 receiving yards and four touchdowns while Noah Fant has 11 receptions. The Denver Broncos ground game is averaging 100.5 yards per contest, and Phillip Lindsay leads the way with 213 yards and two touchdowns. Defensively, Denver is allowing 23.3 points and 349.3 yards per game. Josey Jewell leads the Denver Broncos with 27 tackles, Von Miller has two sacks and Justin Simmons has four pass deflections.

The Denver Broncos have failed to cover nine of their last 12 games as a road underdog. The Los Angeles Chargers are 2-6-1 ATS in their last nine games as a home favorite. The Broncos have won seven of the last 10 meetings against the Chargers, and these AFC West games are often close no matter which teams are playing. The Chargers have been shaky at best out of the gate and a 20-point win over the Miami Dolphins doesn't move the needle. Two of the Broncos losses were decided by two points. I'll take the free touchdown with the Denver Broncos, if forced to pick this contest.