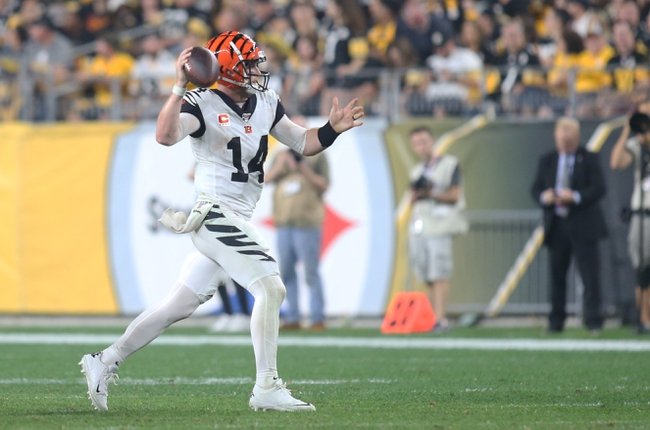 The Arizona Cardinals and the Cincinnati Bengals will meet up on the NFL circuit Sunday.

The Cardinals come into this one at 0-3-1 so far. After tying the Lions in Week 1, Arizona lost to the Ravens, Panthers and Seahawks in succession.

In the Seattle loss Week 4, Cardinals QB Kyler Murray had 241 yards with a pick, and David Johnson added 40 yards rushing. Johnson also led the receivers on 99 yards from eight catches.

Over on the Cincinnati side, they started out with losses to the Seahawks, the 49ers and the Bills before a matchup on “Monday Night Football” with the Steelers.

In the Week 4 primetime game, the Bengals looked pretty bad, falling 27-3 and getting zero accomplished on offense.

Since their 27-27 tie Week 1, the Cardinals haven’t been able to score more than 20 points in any of their last three games. They mustered just 10 against the Seahawks in Week 4.

Cincinnati has been pretty underwhelming so far as well, so for a relatively early-season game there’s not much intrigue here. I’m leaning toward Cincinnati but this is probably one to stay away form.