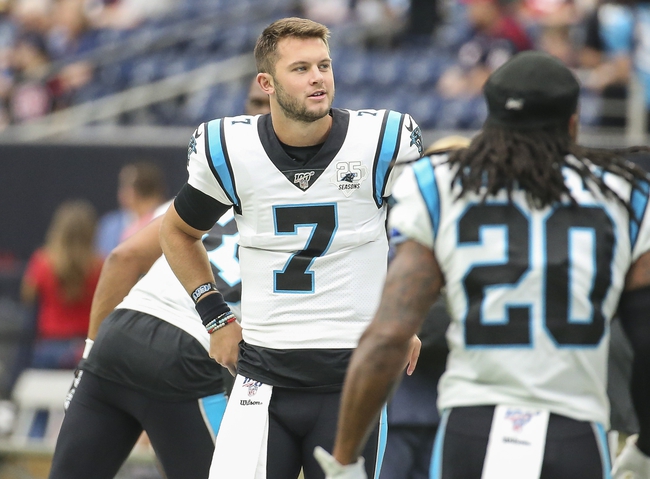 The Jacksonville Jaguars and Carolina Panthers meet Sunday in NFL action at Bank of America Stadium.

The Jacksonville Jaguars are 5-3-1 ATS in their last nine games as a road underdog. The Carolina Panthers have split their last 10 games ATS as a home favorite. Both of these teams come into this game playing their best football over the last couple of weeks, but I'm not sure how anybody turns down this many free points with the Jaguars. Minshew has shown serious promise as of late and is gaining confidence by the snap, making big play after big play. That Jags defense could also be a nightmare for a quarterback as green as Allen. I'll lean toward the points here in a game the Jaguars could very well win outright. These Jaguars are starting to grow on me, while the jury is still out on the Panthers, even if they're fresh off back-to-back road victories.