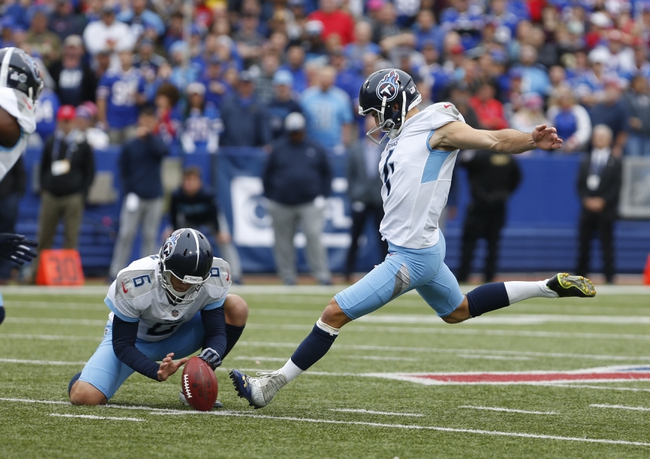 The Buffalo Bills look for their third road win to build on their surprising 3-1 record. The Buffalo Bills have lost five of their last eight road games. Josh Allen is completing 60.3 percent of his passes for 903 yards, three touchdowns and six interceptions. Allen has one or less touchdown passes in 13 of his last 15 games. John Brown and Cole Beasley have combined for 561 receiving yards and one touchdown while Dawson Knox has eight receptions. The Buffalo Bills ground game is averaging 147.3 yards per contest, and Frank Gore leads the way with 273 yards and two touchdowns. Defensively, Buffalo is allowing 15.8 points and 280.3 yards per game. Tremaine Edmunds leads the Buffalo Bills with 30 tackles, Jerry Hughes has 1.5 sacks and Tre'Davious White has two interceptions.

The Buffalo Bills have covered six of their last 10 games as a road underdog. The Tennessee Titans are 5-5-1 ATS in their last 11 games as a home favorite. The Bills have surpassed expectations through the first quarter of the season and hanging around with the Patriots last week proves that this may not be a fluke. However, the Bills are banged up and could very well be without Josh Allen, Devin Singletary and Taron Johnson for this game. The Titans are coming off their best showing of the season and right when you're ready to give up on Mariota, he comes through with a flawless game and shows there's still ability there. I don't love backing the Titans due to the inconsistencies, but I'll lay the field goal anyway.