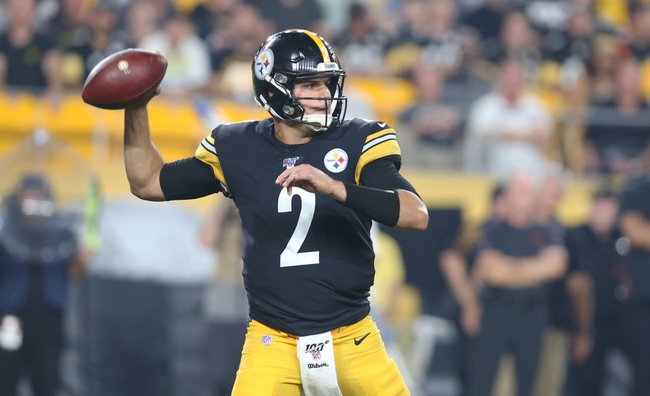 The Baltimore Ravens and the Pittsburgh Steelers will match up on the NFL circuit Sunday.

In the Browns loss, Baltimore QB Lamar Jackson posted 247 yards with three TDs and two picks, while Mark Ingram had 71 yards rushing. Willie Snead added 61 yards and a TD off two catches there.

In the Cincinnati win, Steelers QB Mason Rudolph had 229 yards with two TDs and James Conner added 42 yards rushing. Conner was also the lead receiver in that game with 83 yards and a score on eight catches.

Baltimore really didn’t show up in the Cleveland game, and 30 points allowed in the second half did them in. Offensively they’ve done pretty well at scoring, but they’ve coughed up a combined 73 points over their last two games.

As for the Steelers, they’re still trying to find their bearings after the loss of Roethlisberger, but the big divisional win in Week 4 is a good start. Still, I don’t think Pittsburgh is ready to keep up here—even at home—so I’m going Ravens.