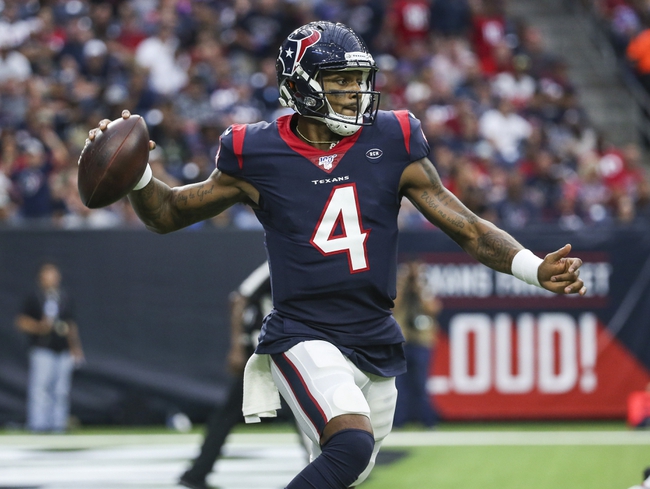 The Atlanta Falcons and the Houston Texans will meet up on the NFL gridiron Sunday.

The Falcons enter this one at 1-3 overall. Atlanta managed a win over the Eagles in Week 2 but otherwise they’ve lost to the Vikings, Colts and most recently the Titans 24-10.

In the Titans game, Atlanta QB Matt Ryan tossed 397 yards while Devonta Freeman led the rush on just 28 yards. Austin Hooper had a great game on nine catches for 130 yards to lead the receivers there.

In the Panthers loss, Texans QB Deshaun Watson put up 160 yards and Carlos Hyde posted 58 on the ground. DeAndre Hopkins led the receivers there on 41 yards off five grabs.

Atlanta had a winnable game against the Colts but fell short 27-24, but otherwise they haven’t really been close in their losses (28-12 to the Vikings and 24-10 to the Titans). It’s not for lack of talent; things just aren’t clicking in Atlanta.

As for the Texans, they’ve played one-score games in every outing this season, so they’re walking a really tight wire and not able to put other teams away. I’m not super thrilled about this one but with a line above three points I feel like Atlanta can get in there.