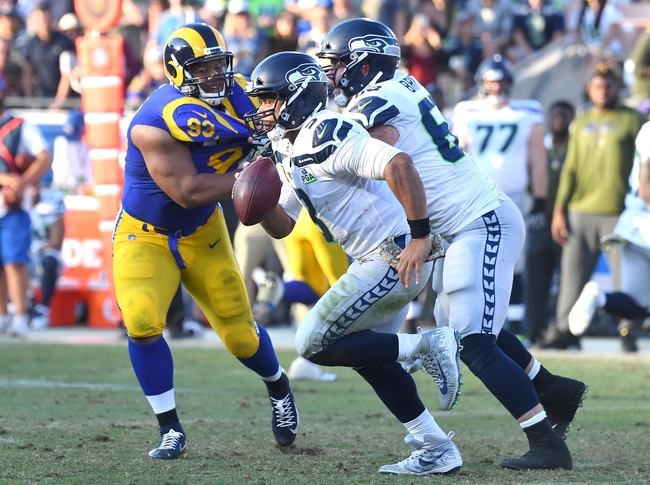 The Los Angeles Rams and the Seattle Seahawks will match up in NFL action on Thursday.

The Rams come in here at 3-1 so far. LA came out of the gate with wins over the Panthers, Saints and Browns, but fell to the Buccaneers in a 55-40 shootout in Week 4.

Over on the Seahawks’ side, they’re 3-1 also. Outside of a loss to the Saints, Seattle has taken out the Bengals, Steelers and Cardinals so far.

In the Week 4 win, Seattle QB Russell Wilson posted 240 yards and one TD, while Chris Carson led the rush on 104 yards. Will Dissly had 57 yards and a TD on seven catches as well.

LA was down 28-17 at the break in the Buccaneers game, and didn’t get any other traction until the fourth quarter. The Rams defense is depleted and seems pretty vulnerable right now.

Seattle has been scoring well so far; they’ve got at least 21 points in all four games but every one outside of the Cards win was close. Thursday games are sketchy and sloppy usually so I’m staying away, but I think the Rams can keep pace and get a win here.

Get Premium Picks Start Winning Now »
The pick in this article is the opinion of the writer, not a PickDawgz site consensus.
Previous Pick
Miami Dolphins at Cincinnati Bengals - 9/29/22 NFL Picks and Prediction
Next Pick
Seattle Seahawks vs. Los Angeles Rams - 10/3/19 NFL Pick, Odds, and Prediction