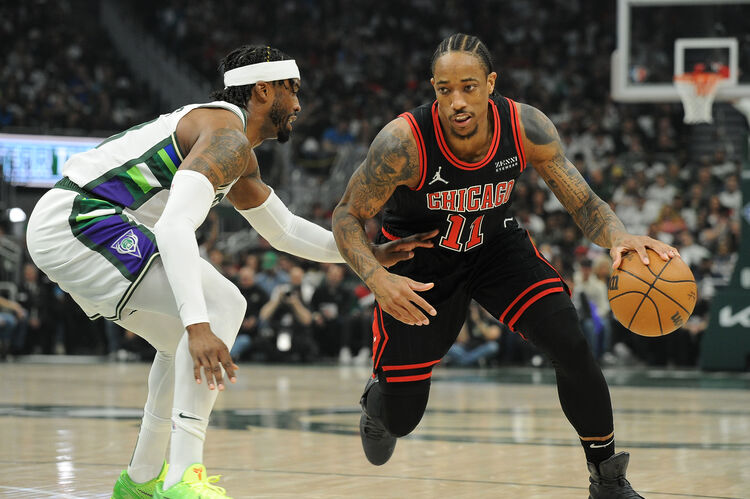 The Milwaukee Bucks and the Chicago Bulls duke it out in a pivotal Game 3 at the United Center on Friday night.

The Milwaukee Bucks will be eager to bounce back in this one after getting stopped in their tracks by the Bulls in a 114-110 loss in Game 2 on Wednesday. Giannis Antetokounmpo led the team with 33 points, 18 rebounds and nine assists, Brook Lopez added 25 points on nine of 15 shooting, Khris Middleton added 18 points with eight assists while Jrue Holiday chipped in with 15 points and six assists. As a team, the Bucks shot 46 percent from the field and 14 of 36 from the 3-point line, but their defense wasn’t at their usual standard as they leaked 34 points in the second quarter to fall behind by as many as 18 points which left them fighting an uphill battle the rest of the way. To make matters worse, the Bucks will now have to play the rest of the series without Khris Middleton who is expected to miss two weeks with a sprained MCL he suffered on Wednesday.

Meanwhile, the Chicago Bulls had their eyes on stealing home-court advantage and they did just that with an impressive win over the Bucks to level the series in Game 2. DeMar DeRozan led the team with 41 points, seven rebounds and four assists, Nikola Vucevic added 24 points with 13 rebounds while Zach LaVine chipped in with 20 points on seven of 13 shooting. As a team, the Bulls shot 49 percent from the field and 12 of 25 from the 3-point line as they hit the ground running and took control of the game with a 34-point second quarter to build an 18-point lead which proved to be just enough in the end as they escaped with the narrow win to level the series.

The Bucks would’ve been so confident coming into this matchup, but now all the momentum is with the Bulls who were able to steal home-court advantage on Wednesday. The Bucks will also be without Middleton for the rest of this series, so they’re going to need players like Holiday and Portis to step up in his absence. The Bulls were written off by many before the series even started, but they looked great in their win on Wednesday and I think they can surprise us again at home where the role players usually step up.